Pallotti storms from behind in Pittsburgh 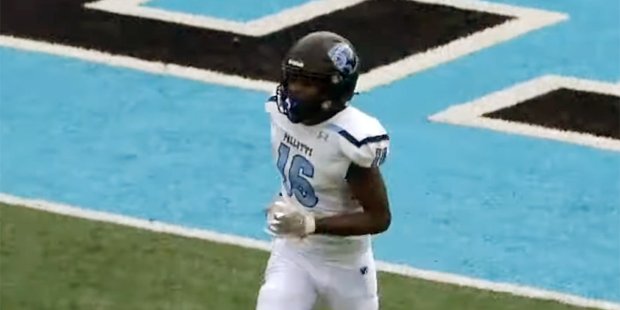 St. Vincent Pallotti, which has moved up to the MIAA A Conference for the 2021 football season, traveled to Pittsburgh on Saturday to kick off its fall campaign in a meeting Brashear (PA). The Panthers spotted the host Bulls a 6-0 lead before rallying for a dominant 33-6 victory.
After allowing an early score to the Bulls, the Panthers had to endure a long delay brought about by storms that passed through Western PA. Once the action resumed, Pallotti launched a long drive and capped it with a 22-yard touchdown pass from Kenneth Prince to Kofi Irving on a fourth down play, taking a lead it never relinquished.
Early in the second quarter, Pallotti made it 13-6, as Prince scored on a 5-yard quarterback draw. Then with just five seconds to play in the second quarter, Prince scrambled near midfield and completed a 47-yard TD toss to Irving as the Panthers went to the half with a 20-6 lead.
Early in the fourth quarter, Prince scored his second rushing touchdown, to push the Panther lead to 27-6. Nathan Stewart scored the final touchdown, on a 4-yard TD toss from backup quarterback Judah Ofori-Ansah, to push the lead to 37-6.
Pictured above: Kofi Irving caught a pair of touchdown passes from Kenneth Prince in St. Vincent Pallotti’s 33-6 victory over Brashears (PA), in the Panthers’ opener, Saturday in Pittsburgh.