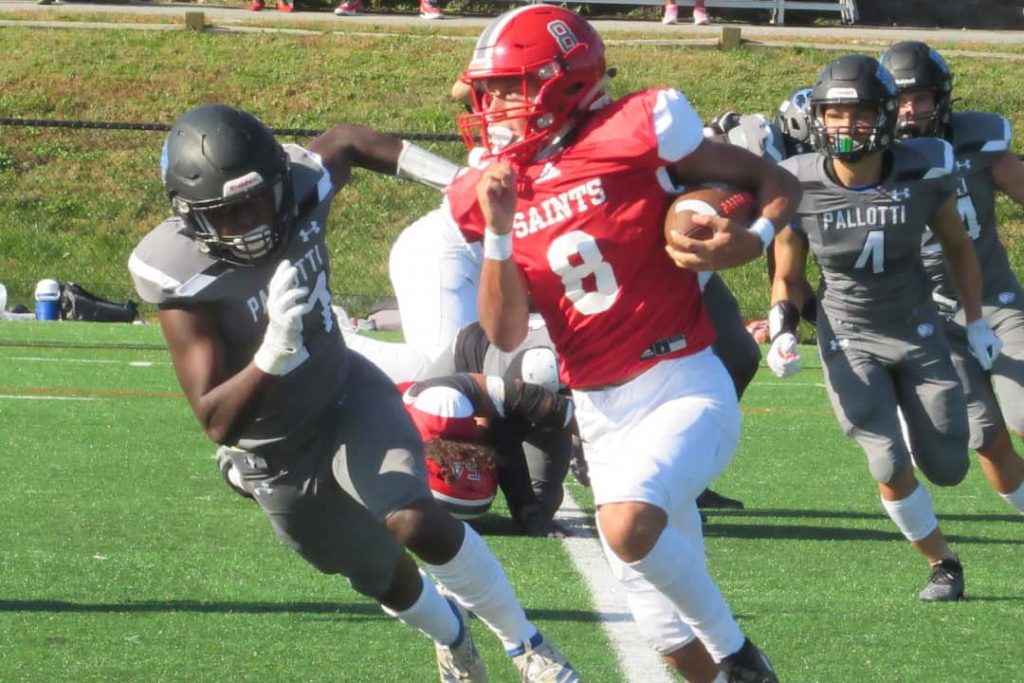 Concordia quarterback Jalen Bradford looks for yardage as a Pallotti defender is in pursuit during Saturday’s football opener for both. The Panthers defeated the Saints, 15-6.

In the aftermath of Saturday’s football game between St. Vincent Pallotti and Concordia Prep, Panthers coach Tony Ashley and Saints coach Joe Battaglia each spoke of their teams’ mistakes.

But, as the sun glistened on Concordia’s turf field, both also realized the gravity of the moment.

“We’re blessed to be healthy and have the opportunity,” said Ashley. “It’s a different world.”

“We told the kids yesterday, today’s a celebration of all that effort they put in throughout the summer,” said Battaglia. “People were telling them they weren’t going to play football.”

With the Covid-19 pandemic gripping local high school athletics, Concordia and Pallotti made their long-awaited 2020 season debut. The Panthers defeated the Saints, 15-6, in Towson.

“It’s exciting to be back on the football field,” said Pallotti senior wide receiver Isiah Perkins. “We got to control what we can control.”

Pallotti won its 11th straight decision, dating back to last season’s run to the MIAA B Conference championship. With the MIAA postponing the fall athletic season, member schools have been allowed to compete in an “Open Season.”

In an opening weekend of football which saw Mount St. Joseph and St. Mary’s cancel matches due to a player testing positive for Covid-19, Concordia and Pallotti was appreciative to start their season, but know it’s going to be a week-by-week proposition.

“The numbers are rising everyday with COVID, so we don’t know how long the season is going to be,” said Panther senior linebacker Connor Maloney. “We’ve just got to play each game like it’s our last because, for all we know, it could be.”

“We probably have one of the best defensive lines, not just in the state but region,” said Ashley, who didn’t have the services of Liberty University commit Chris Boti. “We have athletes at every position.”

The Panthers’ offense was a different story, turning the ball over five times. Four of those miscues came inside Concordia’s 5.

“We’re definitely going to get it together,” said Perkins, who was the Panthers’ most consistent offensive performer with eight receptions for 119 yards.

Webster-Brown got Pallotti’s first touchdown for 2020, getting behind his defender to haul in Ejau Collazo’s pass  with four minutes, nine seconds left in the opening half. Maloney pulled down Concordia quarterback Jalen Bradford in the end zone for a safety. The Panthers got the ball back off the free kick, and Bullock-Thomas blew through a hole in the middle and raced into the end zone to cap an eight-play series.

Between Webster-Brown and Bulluck-Thomas’ scores, Pallotti turned it over on three consecutive trips inside Concordia’s five-yard line.

Ashley attributed some of the mistakes playing 11-v-11 for the first time this year.

“This is our first contact, we didn’t scrimmage. We work in a nine-man pods in everything we did,” said Ashley. “We got a lot of things to fix, but we’re fortunate to be out here.”

Battaglia has had to deal with normal circumstances being a first-year coach, on top dealing with “the new normal” with regards to preparing to play. Despite the Saints’ offense unable to consistency move the ball, Battaglia saw his defense come up big plays Saturday, capped with McArthur picking up Pallotti quarterback Kenneth Prince’s fumble and taking it back for Concordia’s first score of the season with a minute left in regulation.

“We’ve been put on a short timetable to go play this season, so I knew it was going to take a little longer for the offense to click,” said Battaglia, who replaced Josh Ward, now at Calvert Hall College. “But what I did see in the game is that we got a little stronger in the end.”

The Saints (0-1) are scheduled to host John Carroll School next Saturday. Pallotti returns to Towson Friday evening for a match with Calvert Hall.

“It’s been weird having to bring your own water to practice, having to wear masks and not being around other people on the team in the locker room, but we’re getting to use to it,” said Maloney. “We’re just happy we get to play.” 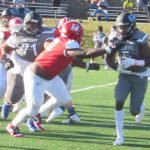 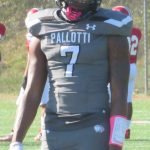 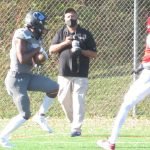 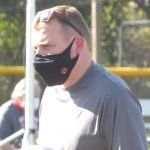 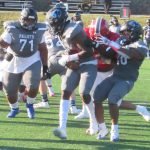 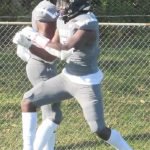 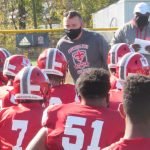 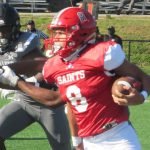 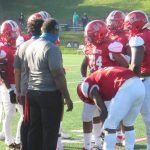 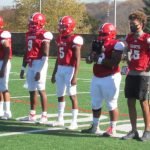 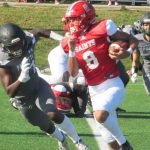 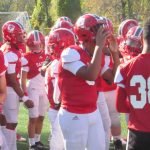 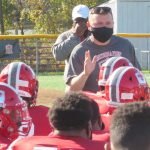 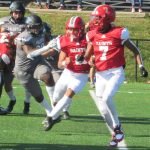 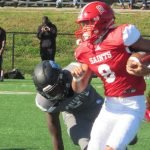 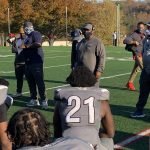 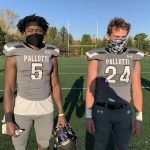