No. 7 Broadneck runs past Annapolis for fifth straight victory; Ehrlich and White account for 6 TDs 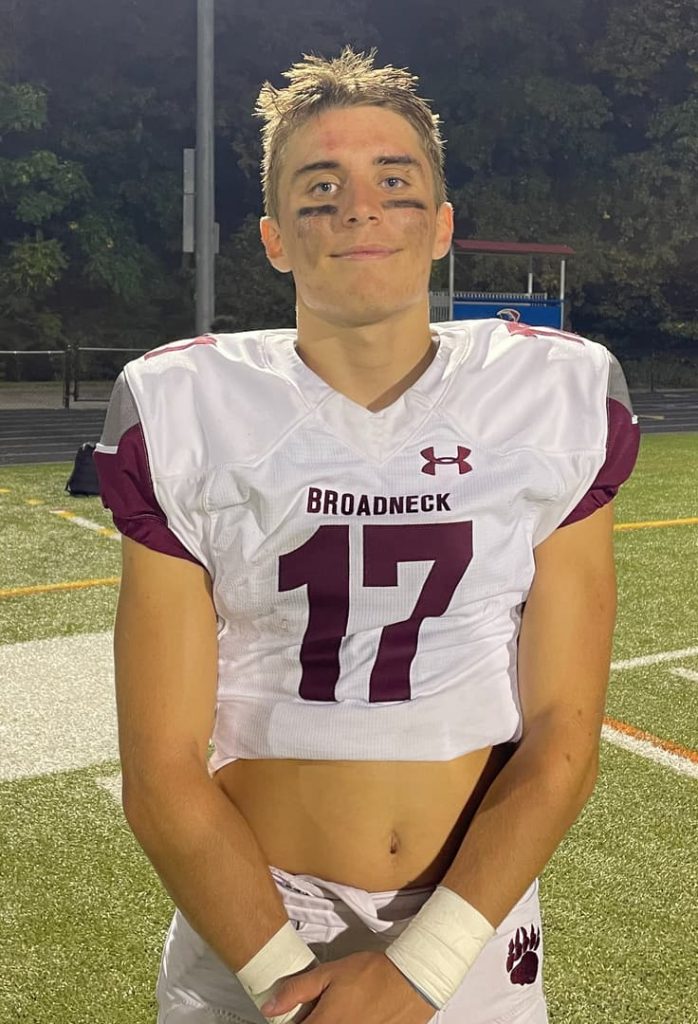 It had been a tough week at football practice, and the Bruins knew they needed to come into Friday’s match against an improved and 19th-ranked Annapolis prepared for a tough matchup.

The Bruins grabbed the momentum immediately with a 42-yard catch and run from Josh Ehrlich to Kyle Pierce for a touchdown on their first drive. The next drive, Ehrlich capped off a 58-yard drive with a 3-yard pass to Eli Harris.

Mission accomplished. The No. 7 Bruins rolled to an impressive 42-0 decision at Al Laramore Field, in an Anne Arundel County league contest in the state capital.

“To put it together tonight was great,” Broadneck coach Rob Harris said. “I’m proud of them. Everybody got a chance to enjoy the victory.”

Ehrlich, a senior, did a little bit of everything Friday, picking up yards on the ground, hitting the deep ball and getting the ball to his weapons in the screen game. The dual-threat four-year starter credited his offensive line and his assets as the Bruins (5-1 overall, 5-0 Anne Arundel) had few issues against the Panthers’ defense.

“I have full trust in my guys to make plays,” Ehrlich said. “We have dudes across the field and I get them the ball and they can do their thing.”

After a long Annapolis (3-2, 2-2 Anne Arundel) drive chewed up almost eight minutes in the second quarter, Ehrlich set up a Davion White rushing touchdown with a 48-yard pass to Harris. The Bruins got the ball back late in the second quarter after recovering a Panther fumble and quickly moved down to the field with two screens, including a 30-yard touchdown from White.

The Broadneck defense provided another score as Logan Provan returned an interception 35 yards early in the third quarter, starting a running clock. White scored his third touchdown with a 6-yard run.

Harris is excited about the Bruin ‘D,’ which posted its first clean sheet Friday. The unit has allowed 40 points in the last five games.

“The defense has gotten better every week,” Harris said. “We got about 14 or 15 guys that rotate a lot on defense and they’re all starting to play really well, which is awesome.”

“We had a great game plan coming into this week,” Ehrlich said. “It was great execution from the jump.”

Panthers’ first-year coach Dewayne Hunt, who has his alma-mater back in the VSN Top 20 after several down seasons, knows his team is building.

“We played hard,” Hunt said. “At times we made a few mistakes and they capitalize on those when you don’t execute all the time.”

The Bruins, who lost to No. 2 Archbishop Spalding in the season opener, are peaking. The win keeps Broadneck tied with No. 11 Old Mill for first in Anne Arundel County with home matches with Severna Park (next Friday) and Old Mill (Oct. 22) coming up.

“That’s the goal, get better each week,” Harris said.