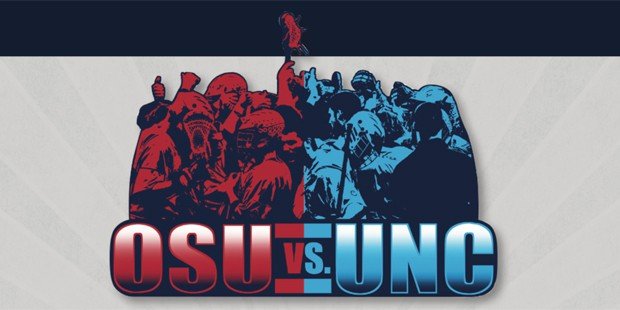 It is nearly time for Ohio State and North Carolina to meet in Baltimore for their annual Fall Ball Division 1 college lacrosse clash at Calvert Hall to benefit the Michael R. Breschi Scholarship Fund.

Both programs feature Calvert Hall lacrosse players and alums and the game is played to support a grant-in-aid scholarship fund at Ohio State for a student-athlete who is pursuing an undergraduate degree at Ohio State and is a member of the men’s lacrosse team. The scholarship was established in 2004 after the passing of 3-year old Michael Breschi, the son of North Carolina coach Joe Breschi, who at the time was the head coach at Ohio State, and his wife Julie.

“It was started in memory of Michael and what he meant to me and my family in the 3-1/2 years that he was with us,” Coach Breschi said. “And it’s a way to keep his memory alive in all of us. And it’s a tribute to him and an opportunity to give to a young man who exemplifies the spirit of Michael.”

At 4:00 p.m., on the Calvert Hall’s side turf, there will also be a Youth Clinic for players in grades 1 thru 8 led by players and coaches of both North Carolina and Ohio State. In addition, after the scrimmage, fans can participate in a post-game meal and tailgate with both teams. The cost for the post-game event is $20.