No. 8 Severna Park pulls away from Broadneck for top spot in Anne Arundel girls lacrosse; Kirchenheiter and Bragg combine for six goals 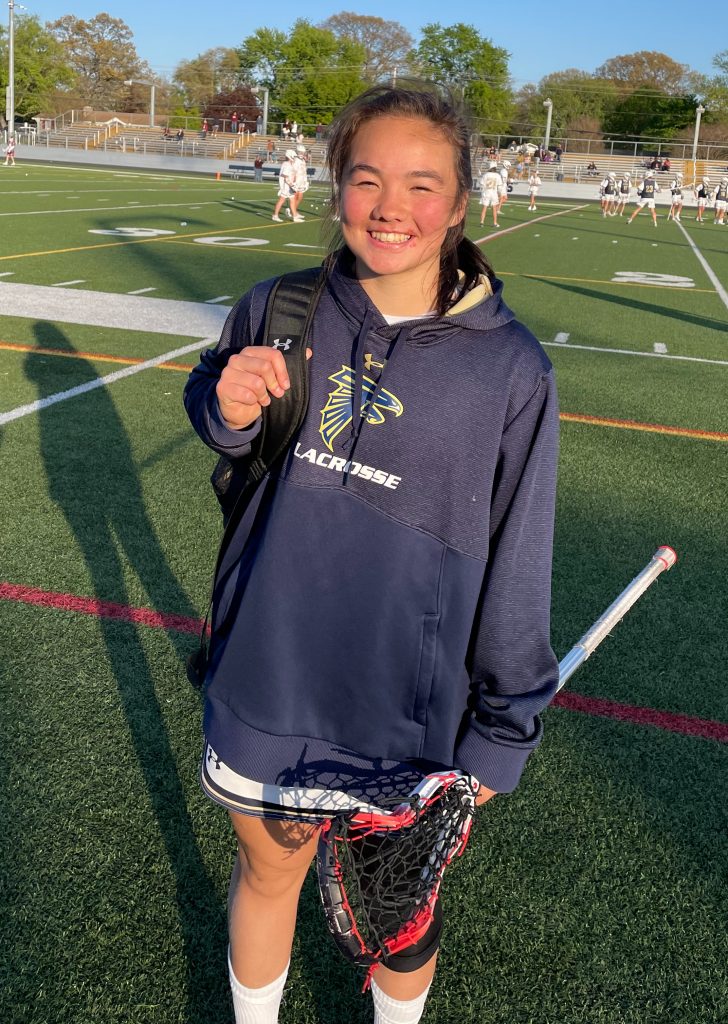 Kaitlyn Hines knew she needed to do something.

About 45 seconds after the game resumed, Karlie Kirchenheiter scored off an assist from Emma Marsh. The eighth-ranked Falcons responded, closing the game with three goals to post a 12-8 victory over the No. 7 Bruins in an Anne Arundel County contest at George Roberts Stadium.

The Falcons never trailed Friday, gaining the inside track to the Anne Arundel County regular season championship. Severna Park will likely meet Broadneck in the county title game in less than two weeks.

The Robinson Road school got “Round One” Friday, maintaining their composure in the face of Broadneck’s second half surge.

“I just told them we need to go back to our gameplan,” Hines said of the timeout. “We need to stay controlled and disciplined. I think they came out and did it.”

“Coach Kaitlyn was telling us to get ourselves together,” Gore-Chung said. “We were rattled. She told us to get our head in the game, not to sound like ‘High School Musical.’”

Severna Park had the “Eye of the Tiger,” after the Bruins pulled to 8-7 and 9-8 in the second half. Kirchenheiter and Bragg completed their hat tricks, while Regan McDonnell got the final goal for the Falcons.

Kirchenheiter scored two minutes in to notch the opening score. Delanie Abere followed that up, tucking the ball into the net as she wrapped around from behind.

Broadneck scored its first goal from a free position tally from Orso. The Falcons ended the first half on a 3-1 run, getting goals from Marsh, Bragg and Charlotte Diez.

The Bruins got goals from Lexi Dupcak, and the first of Julia Sokolowksi and Lilly Kelley’s two in the first 25 minutes.

The second half started with a behind-the-backspecial from Gore-Chung. Her first goal came on an underhanded shot.

“I really wasn’t thinking ‘I’m going to shoot it behind the back and score it,’” Gore-Chung said. “I don’t really like to be flashy like that, but every once in a while, you see the space.”

After the Gore-Chung behind-the-back score, Broadneck, the reigning county and state Class 4A state title, made its run.

Severna Park was shaken, but far from deterred.

“We stepped on this field tonight knowing that we were going to take care of what we needed to take care of,” Hines said. “We weren’t going to worry about our opponent.”

“It was a well fought match,” Bruins coach Katy Kelley said. “We kept inching in. We couldn’t quite get over that hump. Which is fine, I love these games. This is why we’re out here to play. Of course you always want to win, but you either win or you learn.”