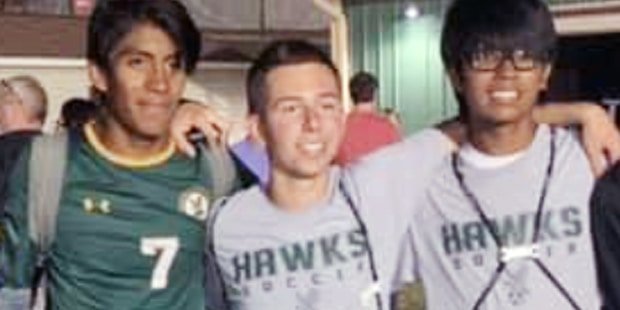 The North Harford boys soccer team won for the eighth time in 11 games, Wednesday evening, as the Hawks scored three times in the second half to post a dominant 4-0 win over UCBAC rival Fallston, in Pylesville

Javier Mejia staked North Harford to a 1-0 first half lead, and Frank Kemajou, Henry Mejia and Cameron LaPlante each scored in the second half to finish the scoring effort.

Matt Biederman and Mason Manzo added assists in the win and Mill Heinze made six saves in goal to record the shutout.

With the win, North Harford improved to 4-1 in the UCBAC Chesapeake Division where it is tied for second place with C. Milton Wright, both three points back of first-place Bel Air (5-0). The Hawks will travel to CMW on Thursday.

Fallston fell to 2-7 overall and 1-4 in the conference.