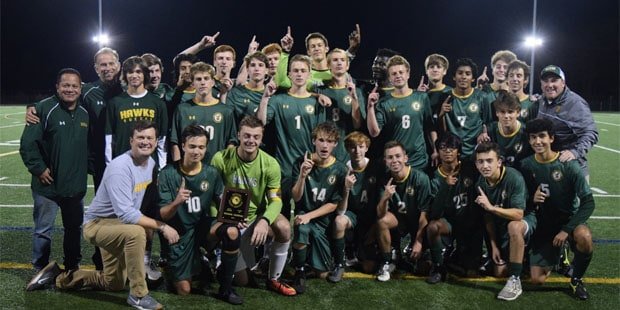 North Harford High broke open a 1-0 game with three second half goals, Tuesday, and the Hawks went on to defeat Harford Tech, 4-0, in the Class 2A East Region I boys soccer title.

Cameron LaPlante staked the Hawks (8-5-1 overall) to the early lead. In the second half, Matt Biederman and Frank Kemajou each scored around an own goal put in by the visiting Cobras.

North Harford now awaits its 2A state quarterfinal opponent, as the MPSSAA will reseed the eight regional champions.