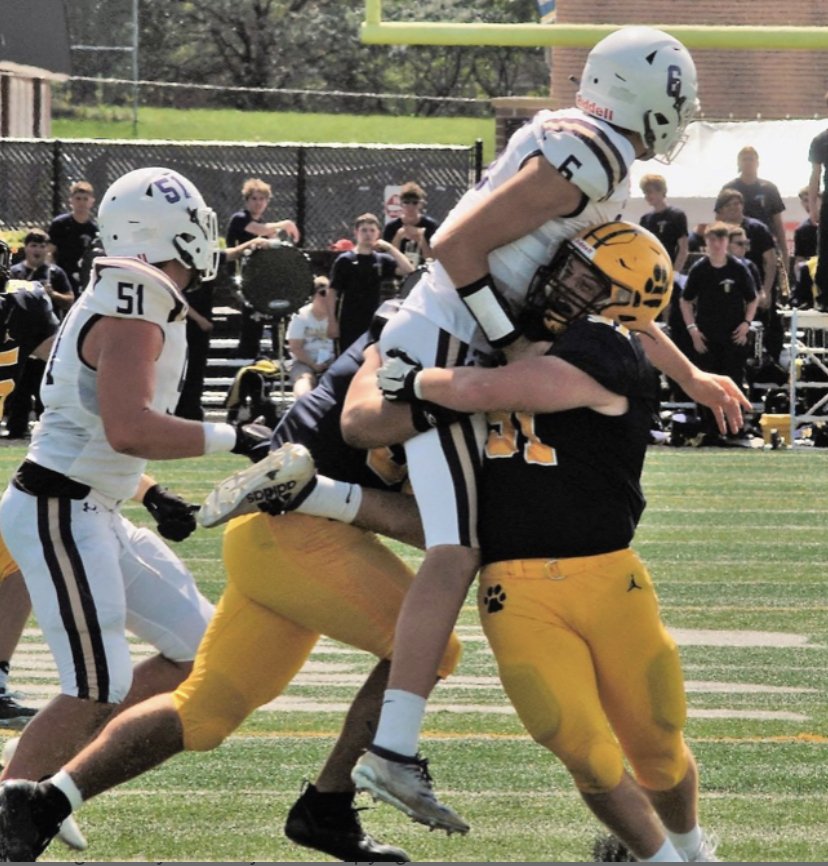 After thrilling finishes in its previous two games, Mount St. Joseph High football team did not have the same ending Saturday.

The fourth-ranked Gaels dropped a 20-6 decision to Ohio’s St. Ignatius in a non-league contest in Cleveland. The loss ends a six-game winning streak for the Gaels, dating back to their 2019 MIAA A Conference championship season.

The Irvington school, which rallied to beat St. Mary’s-Ryken to retain the Lambert Cup last weekend in its 2021 debut, didn’t score until early in the fourth quarter Saturday on Bryce Cox’s one-yard run for a 13-6 deficit.

St. Ignatius (1-2 overall) , ranked 19th in the Cleveland metro area, answered as Joey Georges reached the end zone from four yards with 5 minutes, 31 seconds left in regulation. Marty Lenehan rushed for 130 yards for St. Ignatius, including scoring runs of two of 12 yards that staked the hosts to a 13-0 advantage.

The Gaels’ previous loss was a 14-7 decision to McDonogh School at Pleyvak Field in Irvington. Mount St. Joseph avenged that loss in the MIAA A final (won 17-10) at Archbishop Spalding. Last year, the Gaels defeated St. Vincent Pallotti in double overtime in their lone decision in an “open season” for MIAA schools who decided to play in the COVID-19 pandemic.

Mount St. Joseph (1-1) play its first MIAA A game since 2019, Saturday at home against Gilman School.