No. 8 Sparrows Point slips past John Carroll girls in overtime 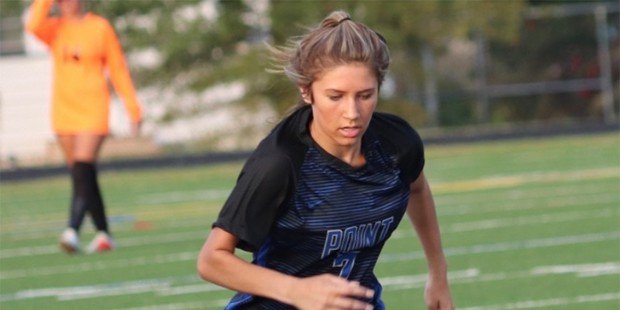 On the road for a non-conference girls soccer showdown with John Carroll of the IAAM, No. 8 Sparrows Point escaped with a 1-0, overtime victory over the host Patriots.

Freshman Savanna Iacovelli took a through-ball from Jade Weir and hit a strong left footed shot into the far corner, from 20+ yards out in the first OT, for the golden goal for the Pointers.

The Point defense did its job, holding the Patriots to a few shots and no goals. Dezerae Mortimer got a 1v1 opportunity in the second half but hit it just over the bar. She also had a nice shot in the first half that sailed just wide.

Weir played a hard physical game in the middle of the field.