No. 8 Bel Air goes pink in sweep of Harford Tech 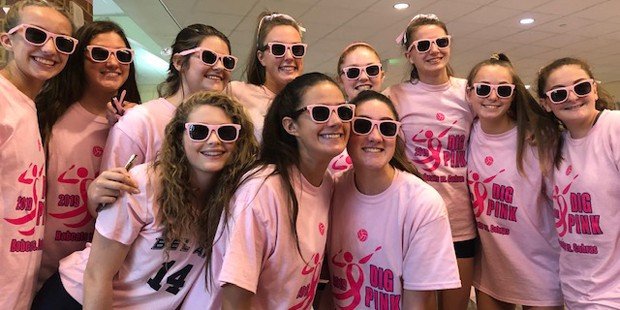 Bobcats and guests have now raised more than $30,000 to fight breast cancer over the last seven years

The Bel Air girls volleyball team was a big winner on and off the court, Tuesday night, as the 8th-ranked Bobcats improved to 10-1 with a three set UCBAC sweep of Harford Tech, in their annual Dig Pink match.

The event, now in its seventh year, has raised more than $30,000 as the Bobcats and their opponents have dressed in pink for the match to rally against breast cancer.

The Bobcats will next see action on Tues., Oct. 22nd as they host Perryville on Senior Night.