No. 6 Mustangs stampede No. 18 Fallston 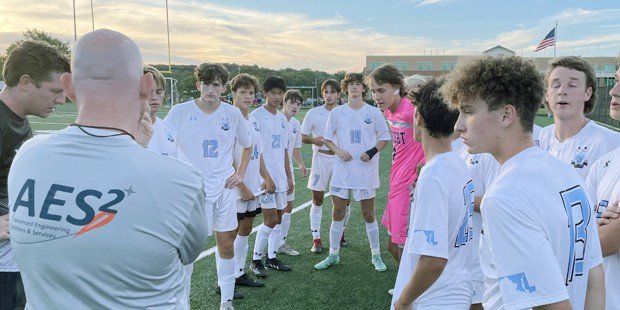 Sixth-ranked C. Milton Wright, fresh off a shutout victory at Bel Air on Monday, went back to work on Wednesday at home and came away with an even bigger clean sheet as the Mustangs stampeded No. 18 Fallston, 9-0.
Adrian Gonzalez and Nick Byers scored two goals each, and Ethan Bender and Drake Kongkraphun both had two assists, in the victory. In addition, Matt Luk and Kayne Landreth each had a goal and one assist.
The other goals scorers were Matt Wessel, Kayne Landreth and Connor Lesniewski, while Riley Keeney contributed a helper.
Jake Adams, Carter Kinch and Ryan Kaye all got some time in goal, combining for 5 saves.
The Mustangs are now 6-1 overall and 3-0 in the UCBAC’s Chesapeake Division. Fallston (3-1 overall) lost for the first time this season and is now 1-1 in the conference.