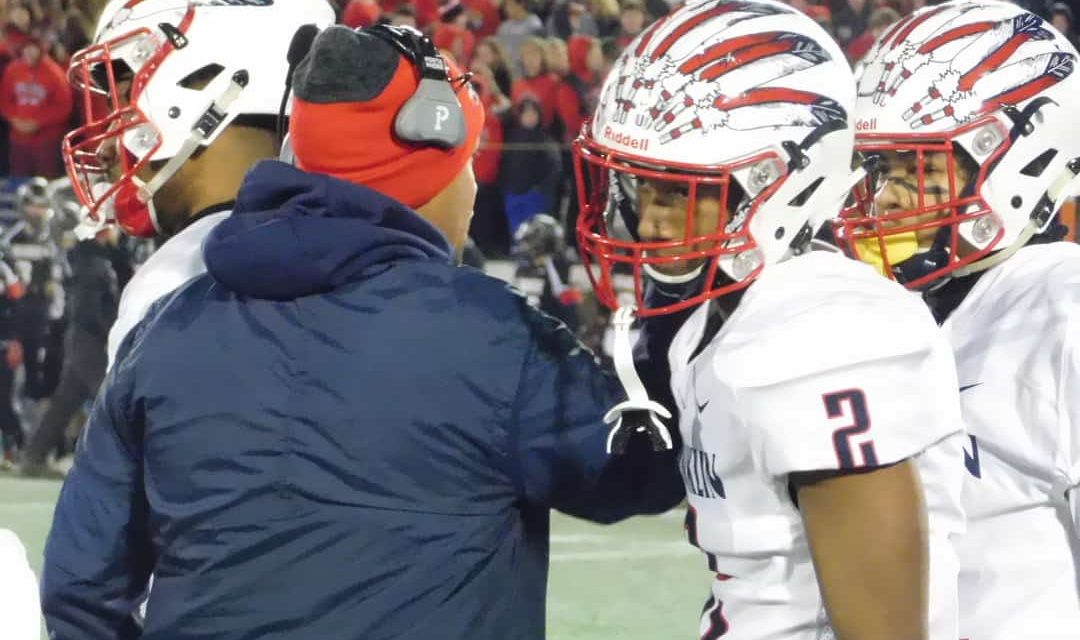 Indians score 21 first quarter points on their way to a rout of No. 16 Dundalk

Coming off a rough 35-3 loss at McDonogh last week, No. 6 Franklin rebounded with a lopsided victory of its own, Friday, routing host and No. 16 Dundalk, 49-10, in Baltimore County action.

Vernorn Brown hit Corey Crawford with a pair of touchdown passes (22 and 38 yards) to open the scoring and Jonathan Smith had a 5-yard touchdown run.

Dundalk fought back early in the second quarter with a safety (ball snapped over the punter’s head) and an 11-yard TD pass from Treyshawn Ray to Keyon Garrus to pull within 21-10, but the Owls would not score again.

Before the half, Brown hit Anthony Morante for a 13-yard touchdown and the pair connect again, in the third quarter, for a 27-yard scoring pass, to make the score 35-10. Later in the third Brown capped a huge night with his fifth touchdown pass, a 6-yard throw to Alex Smith. Ahmad Mosely tacked on Franklin’s final touchdown, a 2-yard run in the fourth quarter.

Brown was 17-for-22 for 318 yard and the five scores. He also threw one interception.

Morante led the Franklin receivers with five catches for 102 yards, while Crawford had four receptions for 70 yards. Damon David and Xavier Cokley led the Indians on defense, each with a pair of interceptions.