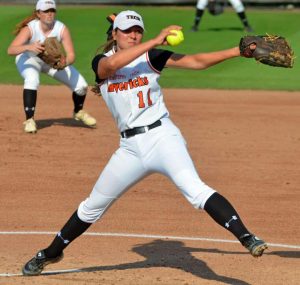 Rilee Fazenbaker combined with two other pitchers for a no-hitter Monday for Eastern Tech. The No. 6 Mavericks defeated Carver A&T, 22-1.

Heagy finished 3 for 4 with a grand slam, leading a 16-hit attack for the Mavericks (3-0 overall). Kendall Pfeiffer had two hits and 3 RBI , and sophomore Kristin Toland went 2 for 2 and reached base five times.