No. 3 RPCS gets past Pikesville 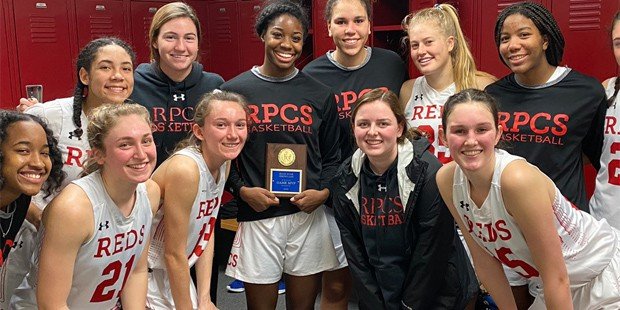 McLean drops 28 as Reds pull away in the second half

No. 16 Pikesville traveled to Roland Park on Saturday to square off with No. 3 Roland Park Country and the visiting Panthers gave the Reds all the could handle for a half.

Tied 27-27 at the break, Roland Park, behind UConn senior star Mir McLean, found another gear and pulled away for a 66-54 victory. McLean was recently named as a McDonald’s All-American.

Sophia Diehl was the main offensive force behind McLean, as she scored 17 points, and the Reds put the game away on the free throw line, hitting 20-of-24 for the game.