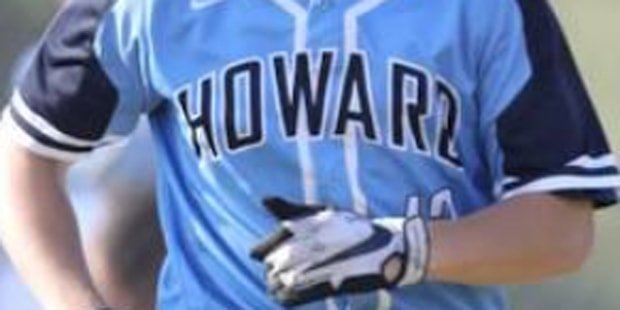 Jakubek, Kulick and Alagna each drive in two runs

Third-ranked Howard sacred four runs in the bottom of the third inning to break open a close game and the host Lions went on to rout No. 7 Marriotts Ridge, 9-4, in a key Howard County baseball showdown.

Howard took a 1-0 lead in the second inning when Craig Wiley ripped and RBI double to plate Jerry O’Neil who had reached on an error. Another error started the fourth inning rally as well, as Cameron Morris reached and promptly moved to second on a single by Alex Campbell. Brian Jakubek was next and he ripped a double that plated Morris and chased Campbell to third, and both runners scored on a two-run single by Ryan Kulick.

Marriotts Ridge’s first three batters reached base safely in the fifth, but a caught stealing and a strikeout hurt the rally. The Mustangs did manage their first run when Dylan Anagnos delivered a two-out RBI single. Marriotts Ridge added a second run in the top of the sixth on an RBI hit by Nick Dinoto.

The comeback, however, was short circuited in the bottom of the sixth when Howard put the game away with another four-run rally. Gabe Delgado plated the first run with a single and Jake Alagna followed with a two-run double and Jakubek topped the uprising with an RBI single to score Alagna.

Marriotts Ridge’s final two runs came on a two-run double by Hunter Reeling in the top of the seventh.

Brendan Foster pitched 4.2 quality innings for the Lions to earn the win, allowing just two hits and one run. He was effectively wild, allowing six walks, and struck out 10.

Josh Olsufka made the start for Marriotts Ridge and was tagged with the loss after allowing eight runs (5 earned) over 5.1 innings of work. He allowed seven hits and two walks while striking out two.