No. 2 Spalding stymies No. 7 Perry Hall 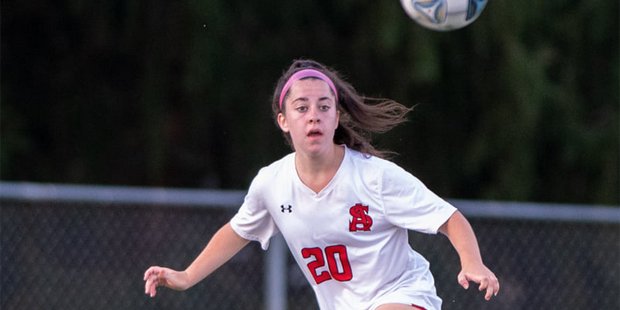 For the second time in three days, the Perry Hall girls soccer team found itself without a goal on the road against an IAAM A Conference soccer power, following Saturday’s 1-0 setback at No. 6 Mercy with a 4-0 defeat at the hands of No. 2 Archbishop Spalding, on Tuesday.

Spalding (4-0) scored twice in each half as freshmen Riley Wills, with an assist from junior Sophie Thibeault, and Olivia Nardone each dented the net to stake the Cavaliers to the 2-0 advantage.

An own goal by the Gators in the second half provided Spalding’s third score, before Emily Hoyt tapped in a feed by Gabby Wisebeck. Both second half scores were setup by free kicks off the foot of Reagan Mallia.

The Gators (1-2) did create some chances in the final 40 minutes but never found a combination that could be finished.

Spalding outshot the Gators 15-5 and had a 6-1 advantage on corner kicks.