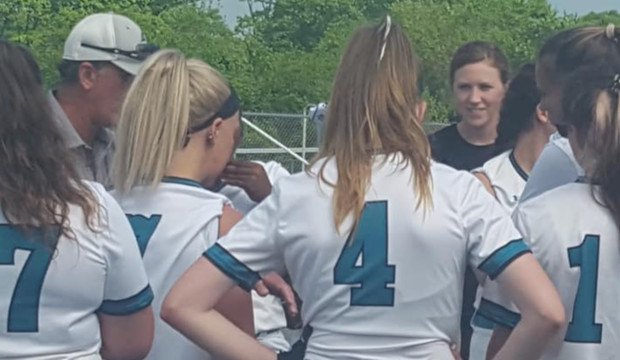 The Patterson Mill softball team, the defending 1A state champions, took the field for the first time in 2022, Friday afternoon, and turned in a dominant performance in rolling to a 13-0 victory.

Madison Knight took the mound for the 2nd-ranked Huskies and threw a 5-inning shutout, giving up two hits, two walks, and striking out 12. Offensively, the Huskies improved each inning with one run in the first, three in the 2nd, four in the 3rd, and five in the 5th.

The five run fifth was capped with a walk-off grand slam by Danielle Coombs.

Freshman Savannah Reedy went 3-for-3 in her high school debut, smacking a double and a triple, drawing a walk, scoring two runs and driving in five runs. Reedy’s production helps make up for the loss of four seniors from last spring’s 1A state championship team.

Maddison Knight stroked a double and then was intentionally walked three times, with the last one coming just before Coombs game-ending blast. Mackenzie Knight, Lexi Gresko, Lily Hofmeister and Izzy Hiebler all added base hits for Patterson Mill.