No. 2 McDonogh puts away No. 13 MSJ with three second half goals 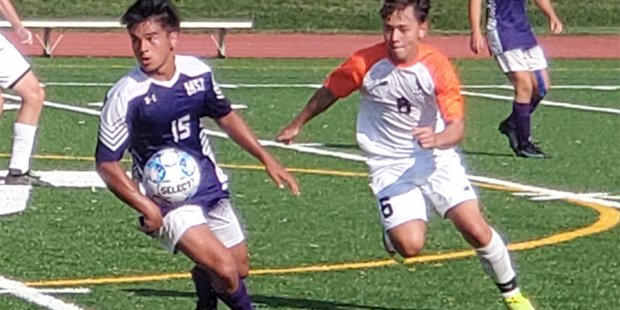 Murrell leads the Eagles with two goals and an assist

The Eagles got another superb effort from Georgetown bound senior Jacob Murrell, who had two goals and an assist on the day, as they scored three times in the second half to break open their battle with the 13th-ranked Gaels.

Quaranta describes Murrell as one of the top players in the country.

McDonogh’s Jacob Murrell keeps proving why is considered one of the top players in the country. He scored two goals and had an assist in the Eagles’ latest victory.

“We played our best game of the season today, a complete performance,” Said Quaranta. “It was our first shutout. This year, we will go as far as Jacob will take us. He is a special player. He stepped up today with two goals, and he set the tone for us.”

The Eagles (4-1-0) with 12 points, are in second place in the A Conference, just one point behind Calvert Hall. A 1-0 loss to the Hall in their second game of the season, is the difference between the two teams at the top of the league, so far this season.

St. Joe fell to 0-3-2, but Coach Mike St. Martin thought his team played well, especially in the first half. The Eagles broke the ice on a corner kick with 11:33 to go in the first half. Harlan Welsh knocked in a header off a corner from Blake Lloyd.

“When we gave up that corner kick, that was the difference in the first half,” said St. Martin. “I thought we had some really good opportunities up until that point. When Jacob (Murrell) got their second goal, it took the wind out of our sails. Credit to them. Jacob is a great player. I coached him at the club level in an under 12 league a few years ago. He finishes his chances.”

Murrell made it 2-0 seven minutes into the second half on a feed from Tyler Tucker, and six minutes later he put the Eagles up 3-0 on a flick from Aidan Ellis.

On his first goal, Murrell said, “Tyler won the ball clean after he got it on a kick from George Seybold.
It was easy for me.”

On his second goal of the day, the lanky, talented senior said, “I got a great ball from Aidan Ellis. He got it into my chest, and I was able to beat the defender. St. Joe is a good team and they gave us a challenge. Coach Saint Martin is a great coach. I thought that the difference today was that we got back on defense more in the second half and played better as a team.”

Trevor Grodsky finished the scoring for the Eagles with 12 minutes to go in regulation on a feed from
Morrell.

St. Joe keeper Matthew Holsey turned back nine shots, and he helped keep the Gaels close until Morrell took over.