No. 2 Chesapeake rallies for another win 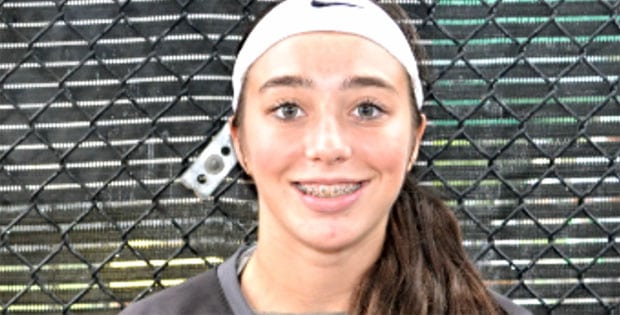 No. 2 Chesapeake-AA battled from behind two different times, Monday, before finally prevailing against Old Mill, 13-7, in Anne Arundel County softball.

A three-run home run by Larissa Warthen in the fourth inning helped the Patriots move on top, 5-4, but Chesapeake countered with a 3-run home run by Jerzie Nutile for a 7-5 lead after four. Old Mill tied the score at seven on a 2-run home run by Rebekah Metter.

Chesapeake finally took the lead for good with a six run fifth inning on a home run by Sophia Bianco and an RBI single by Kexin Wang, as well as a two-run double by Haley Downin and a two-run single by Nutile, who had seven RBI’s in the contest.

Pictured above: Jerzie Nutile drove in seven runs for Chesapeake-AA in their 13-7 win over Old Mill.