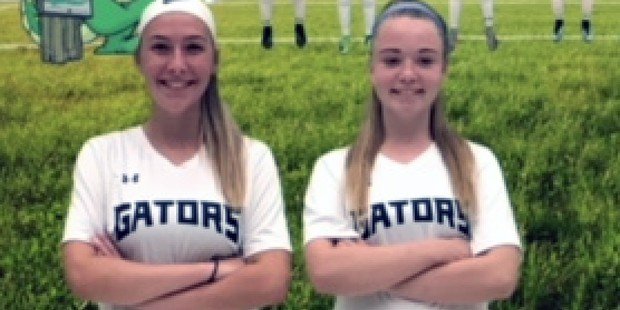 Gators chomp down on high-scoring Bulls, 2-0

The Perry Hall girls soccer team was too much for No. 4 Hereford on the Bulls’ senior night, Friday, shocking host Hereford, 2-0, in Parkton.

No. 18 Perry Hall broke on top eight minutes into the first half when senior Peyton Eibner perfectly placed a shot, scoring off an assist from junior Caroline Rosenthal. The Bulls tried their best to break through the Gators’ defense but it proved to be too much for the Bulls.

The first try was when sophomore sensation Payton Patrick broke away but was shut down by Perry Hall senior goalie Lauren Gwin. The Gators’ second goal came in the second half when sophomore Madison Trevillian shot a rocket into the corner of the net.

The defense for the Gators played an extraordinary game. Junior Caroline Warnes, junior Caroline Rosenthal, junior Aya Neal and senior goalie Gwin (8 saves) were all stellar. In addition, senior Ashlee Wilsynski was a powerhouse up top.