No. 17 New Town grinds out a road win at Edgewood 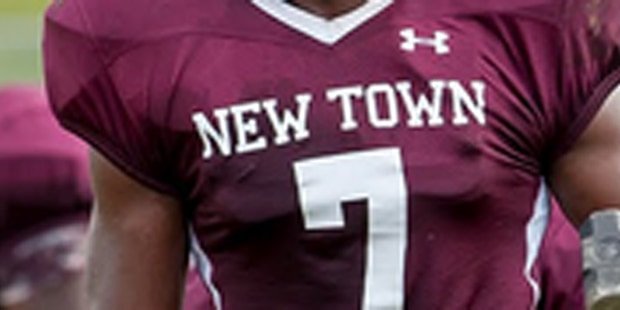 Titans lockdown the Rams in 21-0 victory

No. 17 New Town picked up a nice non-league football win, on the road Thursday night, as the Titans played shutout defense while the offense grinded out three touchdowns to prevail 21-0.

New Town got on the board with seven minutes to play in the second quarter when Brian Williams found Christopher Maddox for a 30-yard touchdown pass and Samuel Okezie’s extra-point kick made it 7-0. It stayed that into the half.

Williams found Maddox again, early in the third quarter, for a long gainer that moved the ball to the Edgewood 35. The drive when backwards a bit after that play, but on a third and 15 from the Edgewood 40, Williams scrambled for 18 yards to keep the march moving.

Several minutes later the Titans reached the Rams’ two where Zavion Woodard plowed in for a touchdown and New Town grew its lead to 14-0.

Finally in the fourth quarter, following a fumble recovery by Walter Ransom III, New Town scored its final touchdown, on a 24-yard run by Woodard.