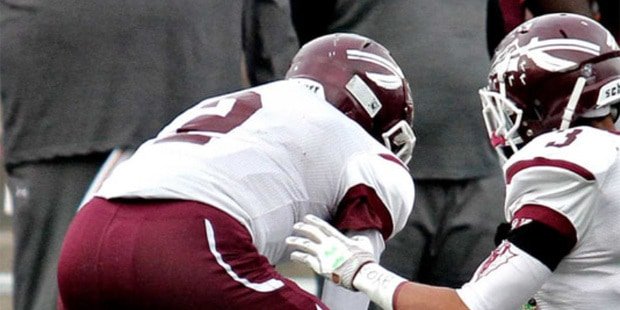 Warriors stay unbeaten with a 17-7 win at Bel Air

No. 17 Havre de Grace battled for offense, Friday night at Bel Air, but got just enough, to go with plenty of defense, and the Warriors survived a tough rivalry road test, in the UCBAC’s Chesapeake Division, with a 17-7 over the host Bobcats.

Havre de Grace (5-0, 2-0 UCBAC Chesapeake) absorbed an early blow as Bel Air’s Ed Zaborowski raced 50 yards for a touchdown, on a reverse, to give the Bobcats a 7-0 advantage late in the first quarter.

Havre de Grace got even on when senior quarterback Alex Gresock connected with Jaylen Day for a touchdown pass to square the game, 7-7, at the half.

In the second half, the Warriors dominated on defense, getting a blocked punt from Jordan White and three interceptions to completely shutdown the Bel Air offense, while the offense slowly took control of the scoreboard.

Midway through the third quarter, the Warriors took their first lead with a 22-yard field goal by Nate Brown and capped their scoring with another Gresock TD toss, this time a 26-yarder to White. It was a big night for White, who also had one of the Havre de Grace interceptions and had a second TD grab negated by a penalty.

Josh Mergler and Jayden Hyman each had an interception for the Warriors. Bel Air (1-3 overall) fell to 1-1 in the league.