No. 16 Parkville continues to dominate 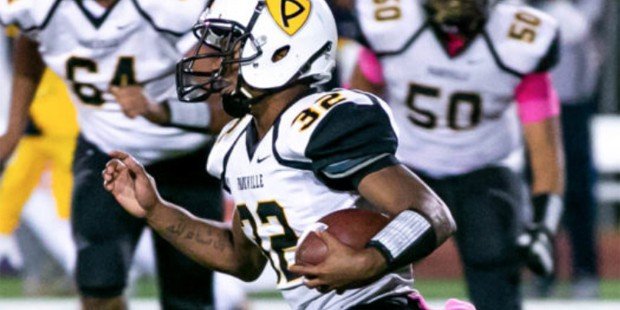 The Parkville football team is having a season.

The undefeated and 16th-ranked Knights improved to 11-0 Friday night as they advanced to the 4A state quarterfinals with a 48-7 thrashing of Montgomery County’s Albert Einstein in a contest played at Perry Hall’s Al Smith Stadium.

Parkville took control in the first half as Da’Vaughn Curbeam scored on a 2-yard first quarter run and the Knights added three second quarter touchdowns to build a 28-0 halftime lead. Noah Hambrick and Kevin Smith III each rushed for scores in the second quarter and Jordan Lovelace returned an interception 45-yards to the house.

The third quarter did not start nearly as well when Einstein blocked a punt and recovered it in the end zone of a touchdown. However, it would prove to be the only points of the night for the Titans.

Parkville led 35-7 after three quarters and Raymond Wood topped off the evening with a pair of rushing scores in the fourth quarter.

The eight remaining 4A teams will now be reseeded for next week’s state quarterfinals and with their undefeated record the Knights will most assuredly have another home game. Prior to this year, Parkville had never won a state playoff football game. Now they have two.