No. 15 St. Mary’s clinches a playoff spot in MIAA B 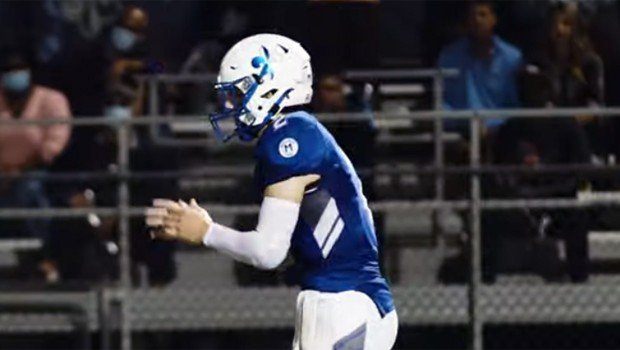 Saints down Boys’ Latin to remain undefeated in league play

Led by a big game from quarterback Rocco Abindoor, the St. Mary’s football team secured its place in the MIAA B Conference playoffs with a 30-23 win over host Boys’ Latin, Friday in Roland Park.

The Saints (5-2 overall) moved to 5-0 in league play and can lock up the top-seed for the B Conference’s four-team playoff field with a win at Concordia Prep next week. Concordia, which hosts St. Paul’s on Saturday afternoon is 3-0 in the conference. St. Mary’s also guaranteed itself a home game in the semifinal round of the playoffs, which will take place the weekend of Nov. 12-13.

In the victory, Abindoor threw for one score and rushed for 136 yards and two scores. The Saints also got a touchdown reception from Logan Sterline and a TD run from Wyatt Cotton.

Despite the loss, Boys’ Latin (4-4, 2-3) remains in excellent position to make the post-season. The Lakers can clinch the fourth and final seed with a win over arch-rival St. Paul’s in its regular season finale (Nov. 5) or two other losses by the Crusaders (0-2) in there three other remaining league games.