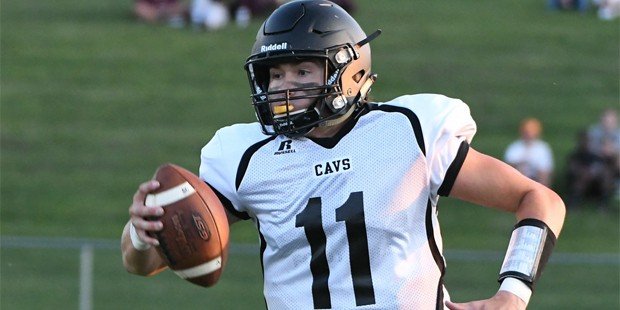 On paper it appeared Friday’s game at winless Winters Mill would provide a big win for undefeated and 14th-ranked South Carroll and that is exactly what occurred. The Cavaliers dominated on both sides of the ball as they claimed a 47-7 Carroll County football victory.

Barnard’s first rushing touchdown came in the second quarter and the only mistake of the first half was a pick six he threw which accounted for Winters Mills only points of the night.

The Cavaliers went up 41-7 with a 15-yard touchdown pass from Barnard to Jackson Strzelcyzk and short rushing TD by Barnard, early in the third quarter. The second third quarter score was setup by another Mazalewski interception.

South Carroll also got a 1-yard touchdown run from Caleb Blum in the fourth quarter to cap the scoring.