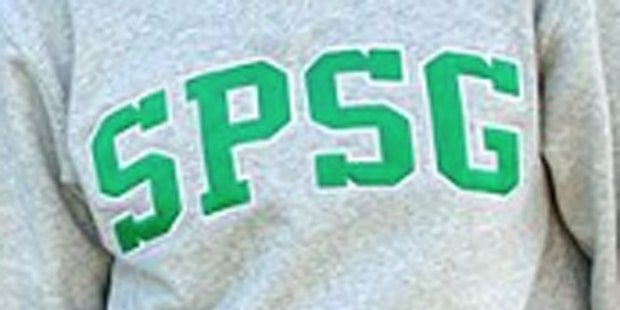 Visiting St. Paul’s School for Girls battled Archbishop Spalding in an IAAM A volleyball match, Thursday in Severna Park, and the Gators improved to 5-0 (overall and in IAAM A) with a four set victory.

The Gators were led by the strong play from outside hitters Shelby Lucas and Jalen Dickerson and middle hitter Cat Caples, who finished with 16, 12 and 10 kills, respectively. Setter Abbey Snyder dished out 32 assists and had 10 digs, while battling an injury.

Archbishop Spalding, drops to 1-3 overall and 1-2 in the IAAM A with the loss, was led by 14 assists from Alyssa Gunther. Terra Dzambo added three solo blocks and four block assists while going 13-for-13 on serves and Jillian Hunter had 10 kills and a team-best 20 kills, in addition to going 19-for-21 on serves with three aces.