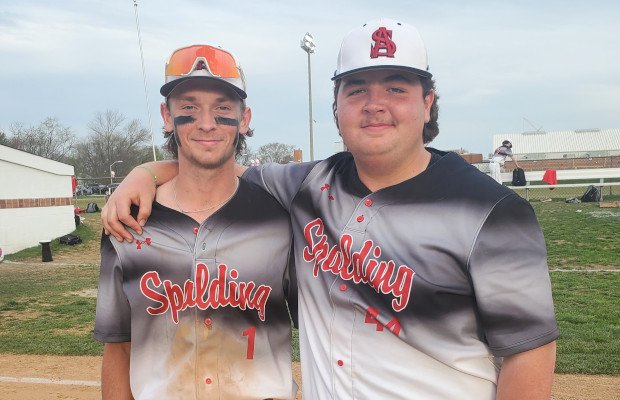 Curley, Calvert Hall and Loyola also win in the MIAA A

Top-ranked Archbishop Spalding remained undefeated in the MIAA A Conference, Wednesday, as the Cavaliers turned in yet another impressive performance with a 5-1 win over visiting Mount St. Joseph. in Anne Arundel County. 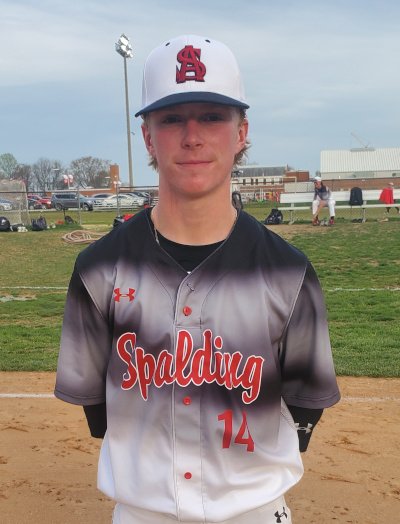 Lefty Cody Sharman pitched a complete game 3-hitter for coach Joe Palumno, and he kept the Gaels off the scoreboard through six innings, before left-fielder Mason Nemec singled home St. Joe catcher Jack Bahouth, who doubled with one down in the seventh. Nemec had two of the Gaels three hits on the day.

Sharman fanned six and walked just one, retiring 12 straight batters over one stretch. He got the Gaels in order in the fourth, fifth, and sixth innings.

“My curveball and fast-ball were pairing really well together, and my change up was there also.,” said Sharman. “Everything was working and all the guys behind me were making the plays.”

First baseman Tyler Smith was 3-for-3 with an RBI and lead-off hitter Eddie Sargent had a single, drew two walks, scored a run, and had an RBI.

Shortstop Caleb Estes had a single, an RBI, and he drew three walks. Estes sparkled at short, backing up Sharman with six put-outs.

“We played a great game defensively which gave Cody confidence to use all his pitches,” said Coach Palumbo. “All four infielders performed well.

“We got a great outing from Cody, and we are super confident when he is on the mound. He gave us another reason to feel that way about him today,” added Palumbo.

St. Joe lefty Jackson Bauer took the loss. His undoing came in the third frame, when he walked four and gave up two runs on just one hit, an RBI single off the bat of Estes.

The win sets up a first-place showdown when the Cavaliers (11-2 overall) visit No. 5 Archbishop Curley. The Friars joined Spalding at 6-0 in the conference with a 9-2 winner over St. Mary’s on Wednesday.

The Gaels (9-6 overall) dropped to 3-4 in the league, where they have dropped four of their last five. They will host their annual Jack Conley Tournament on Saturday.

Pictured above: Spalding’s Eddie Sargent (left) had a single, two walks, two runs scored and an RBI, while Travis Smith was 3-for-3 with an RBI.

No. 5 Archbishop Curley built a 9-0 lead and remained undefeated in the MIAA A Conference with a 9-2 victory over visiting St. Mary’s, Wednesday in East Baltimore.

Curley third-baseman John Petryszak remains one of the hottest hitters in the metro area as he collected three more hits, including a double, scored a run and drove in three. Cris Banks had a pair of RBI and Ryan Parks scored twice.

Down to its last strike, Calvert Hall rallied to score four times in the top of the seventh inning and the No. 4 Cardinals defeated No. 10 John Carroll, 7-4, on the Patriots’ home diamond, Wednesday in Bel Air.

With two outs and one on, Calvert Hall tied the game with a two strike RBI pinch hit by Michael Copenspire. After an intentional walk to Lamar King, who doubled earlier in the game, the Cardinals got the go-ahead run home with two consecutive walks and made it 7-4 when EJ Hankerson was hit by a pitch and Tyler Gibbs walked.

Leadoff hitter Matt Bishop went 2-for-3 for John Carroll with a pair of doubles, as well as a run scored and an RBI. Matt Archibald and Casey Carpenter also doubled for the Patriots. Carpenter had two hits and Archibald had two RBI.

Calvert Hall (11-4) is now 5-2 in the A Conference where they are in sole possession of third place. John Carroll (6-6 overall) dropped to 3-4 in the league.

Loyola, on the road in Roland Park, turned a 4-2 late inning lead into a 12-2 rout when the Dons scored eight times in the top of the seventh inning.

Josh Braxton sparked the big inning with a leadoff with a walk, stole second and third and scored when the throw to third got away. Zach Stolze, Leo Foust, Austin Gemmill and Grant Bruns each had RBI singles in the inning and Braxton came up again and drilled a two-run double.

Cooper Sidell had two hits, including a double, for Gilman and Colin McPherson also doubled for the Greyhounds (2-12, 1-6).