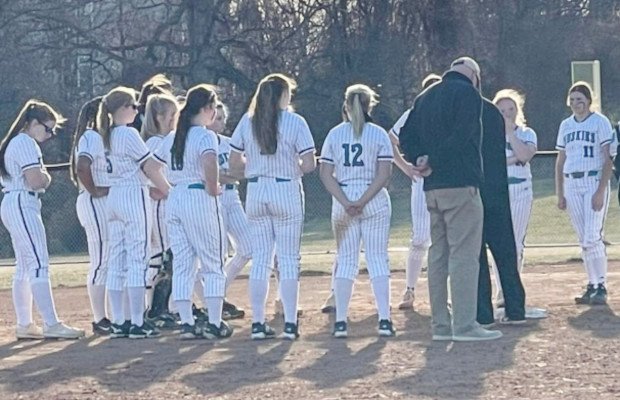 No. 10 Carver A&T has been surging of late behind ace pitcher Mallory Cooper, but Cooper and the Wildcats ran into a buzzsaw when they visited No. 1 Patterson Mill, Thursday, and the undefeated Huskies walked away with a dominant, 9-0, victory.

Of course Patterson Mill has their own ace in Madison Knight, who just might be the ace of the area. Knight carried a no-hitter into the seventh inning when it was broken up by single off the bat of Carver shortstop Emily Harp.

Knight, however, remained poised and finished off the complete game shutout, finishing with 19 strikeouts while walking just one batter. She also had a huge day at the plate, going 3-for-3 with a walk and an RBI.

Audrey March also swung a big bat for the Huskies, going 2-for-2 with two doubles and a walk and two RBI. Also collecting two hits each were Savannah Reedy and Tara Caprinolo. Both scored a run, while Reedy added a double and an RBI.

With rain expected to settle in on Friday and wash out Patterson Mill’s schedule home game with Towson, the Huskies have likely completed a perfect regular season and now they will wait to see who they face first as the set out to defend the Class 1A state championship they captured last spring.

Carver (13-2) is scheduled to visit Dundalk on Monday for its regular season finale before meeting Catonsville in the Baltimore County championship game on Tuesday at Catonsville Community College.