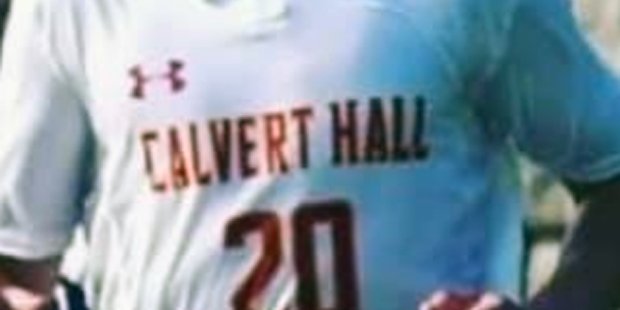 Top-ranked Calvert Hall burst out to a 3-0 first half lead and romped to a 5-0 MIAA Conference soccer win over host Boys’ Latin, Wednesday in Roland Park, as the Cardinals improved to 4-0-1 behind a big day from junior Ben Madore.
An early goal from Rich Monath opened the scoring for the Cardinals. Madore, who had a goal and two assists in the contest, served a ball from the left flank and Monath headed it home for the early 1-0 lead. CHC continued to press forward, but Boys’ Latin prevented any further scoring until just 19 minutes remained in the opening half, when Madore converted a penalty kick.
The third Cardinal goal came off a corner, served by Madore, that Ryan Henneman headed home with 12 to go in the half. The second half was scoreless until David Peters found Tyler Flynn down the right side. Flynn played the ball back across to Ryan Belal who calmly took a touch and finished his third goal of the season. The final goal was a perfectly placed free kick from Riley Organt with 11 minutes left in the match.
“I was proud of the effort today.” said Calvert Hall coach Rich Zinkand. “We had five different players score and received contributions from many of our players.”
The Cardinals own a 1-point lead over No. 2 McDonogh (14-13) at the top of the MIAA A Conference standings. Boys’ Latin (2-4 overall) fell to 1-3 in the conference.