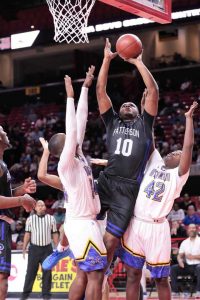 Patterson’s Marvin Price goes up for a shot as Wicomico’s BJ Cook (42) and Antwan Wilson defends. Price finished with 31 points and 10 rebounds as the No. 1 Clippers claimed the Class 2A state boys basketball crown with a 79-56 victory over Wicomico at the University of Maryland. (photo – Jimmy Fields Sr.)

Patterson High boys basketball coach Harry Martin has said often in the past few weeks “you can only play with five” on the court. For the last month, the Clippers had to play with nine players total.

Patterson proved its the fight, not the size of the bench that matters. The top-ranked Clippers won the Class 2A state title with a 79-56 over Wicomico at the University of Maryland’s Xfinity Center.

The Clippers navigated through some foul woes, pulling away to capture their second 2A title in three seasons, and third overall. The Kane Street school joins fellow champions Saturday Lake Clifton and Poly, as well as Dunbar and now-defunct Southern as Baltimore City programs at least three state titles.

“There was a lot of expectations at the start of the season saying ‘Hey, you’re the clear front runner in 2A’ so go finish the season as the winner of the 2A,” said Patterson coach Harry Martin.

It was College Park or bust for the Clippers, who returned a solid cast plus having back Price, who transferred from West Virginia’s Huntingtown Prep. As a sophomore, Price led Patterson to the city title and 2A state crown.

After picking two fouls in the first quarter, Price sat briefly. Whatever frustrations he may have had, the 6-foot-5 lefty took it out on Wicomico.

Price scored 17 points in the second including three 3-pointers, turning a 16-15 deficit into a 38-26 advantage for Patterson at halftime.

“Just to keep playing, don’t overthink stuff or force anything,” said Price of managing on the court with two fouls.

Martin said he switched to Price to the middle of the Clippers’ 2-3 zone defense to keep him from picking up a third. Price and Zac Blackwell each picked up a fourth foul in the third quarter, and Patterson’s lead was down, 44-35, with 3:49 left in the quarter.

As they have all season, the Clippers responded. T.J. Thomas drilled a 3-pointer, pushing the lead back into double-digits. His 3-point play late in the third left Patterson with a commanding 56-41 lead.

Patterson’s starting five ability to pick up the scoring baton when needed, along with a tough resilient mindset equaled success this season. The Clippers rallied from a 15-point fourth quarter deficit to beat eventual 3A state champ Poly in overtime.

Patterson won three tight battles with Edmondson, including the city final and 2A North Region final. The Clippers also defeated eventual 1A state champ Lake Clifton during the regular season.

“Every night we have to bring it and there’s different environments in the city you have to play in to prepare you,” said Martin. “Our team is build around our energy and passion. I knew we would make a run this season.”

After having the shortest portion amongst the eight postgame award ceremonies Saturday on Gary Williams Court, Martin, his nine players and assistant coaches hoisted another state championship trophy.

Price, who worked his way back from an offseason knee injury, said it was “a relief” to finish his high school career on a high note.

“Even though we won the city championship, if you don’t win the state championship the season is a waste,” said Price. “It’s a good way to end it.” 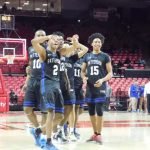 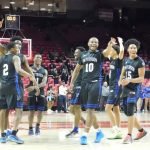 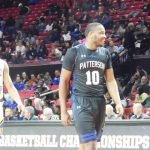 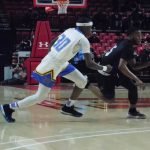 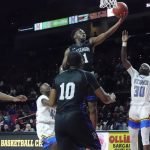 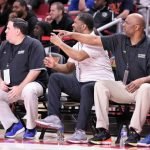 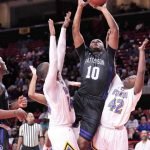 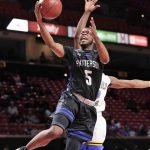 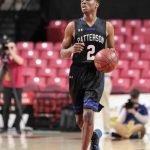 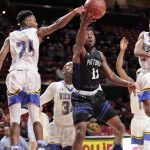 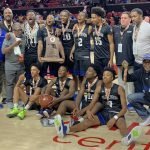