While the 2018-19 basketball season still sits a few months away, the summer circuit is red hot and Stickler is on the scene daily.

Budding superstar rounding out a complete game with commitment to rebounding to go with his floor game and scoring ability. High high major prospect. 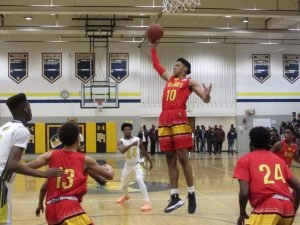 Like Lewis, Evans is defining his game as a legit high major wing forward with improved shooting and scoring around the basket. High major prospect.

Purest of point guards, Baldwin’s smooth glider has great feel for the game gets the rock to teammates in good fashion and getting a more consistent jumper. High major prospect.
High Major

Lithe combination forward with plenty of upside and can score from all over with his height, but must beef up. High major prospect. 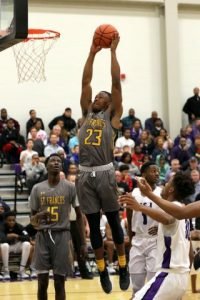 Football phenom plays hard, scores at will and energizes his teammates, but must brush up his jumper. High major prospect.

Transfer from Dematha Catholic showing much progress at both ends of the court. Potential force when he defines offensive game. High major prospect.

Dunbar transfer is an energetic slasher who can score on defenders, but needs bonafide jumper. High-to-mid  major prospect.

True power guard via Boys’ Latin School gets to basket with ease. Could be a diamond in the rough when he gets more exposure. Mid-major prospect.

Compliments Murray as a true playmaker who gets everyone involved and can knock down 3-pointer when unguarded. Mid-to-major prospect. 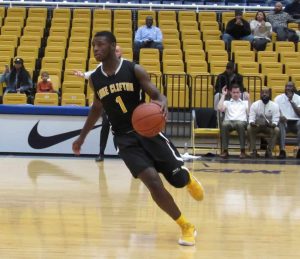 Power playmaker who attacks the basket and delivers the ball to teammates. Needs to develop consistent jumper. Low-to-mid major prospect.

New addition to Harford County school has good size bounce and ability to score in the paint. Low major prospect.

Very raw, but could emerge as a factor for Greyhounds, who could be a Top 4 team in MIAA A Conference this coming season. Low major prospect.