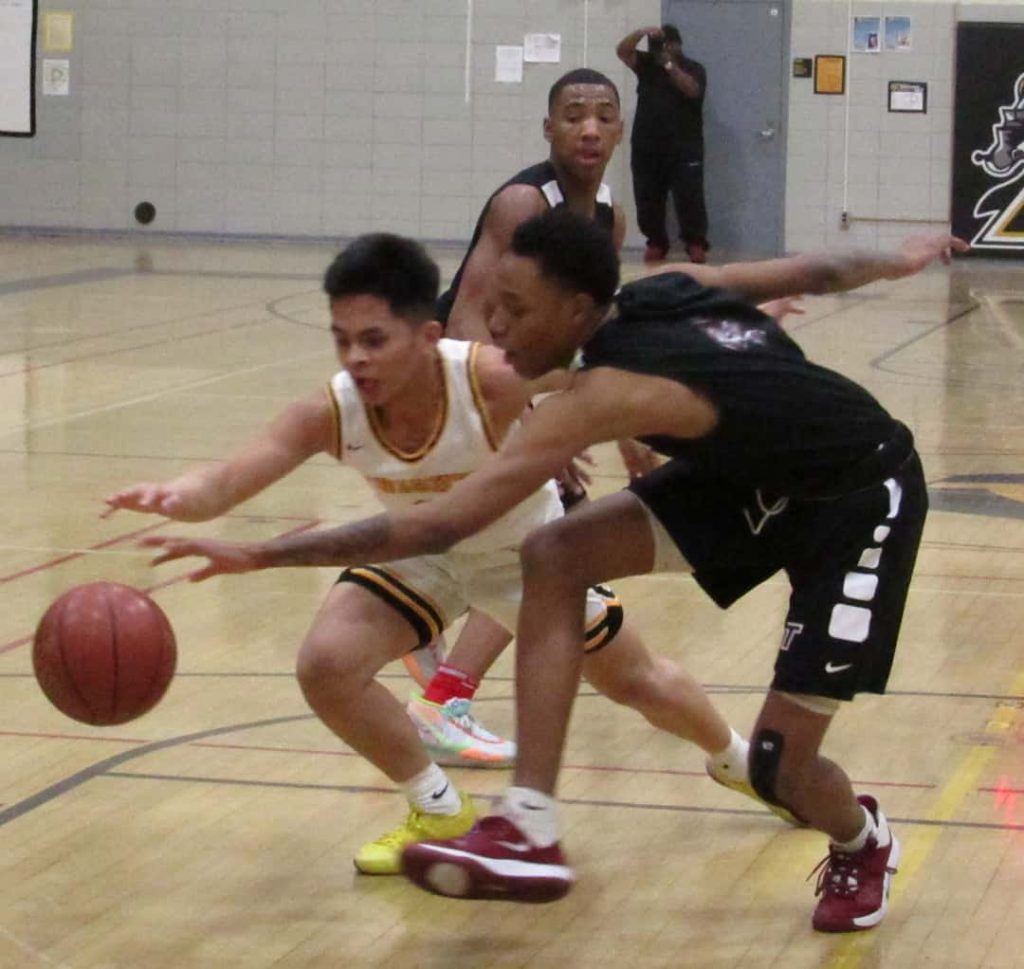 Andrew Mills was confident when he woke up Friday morning. The New Town High senior carried that feeling on to the basketball court Friday evening.

Mills scored 31 points, leading the sixth-ranked Titans to a 75-56 victory over Parkville in a Baltimore County Division I contest on Putty Hill Avenue.

The Owings Mills school (20-1 overall) overcame an early deficit, pulling away over the final three quarters to clinch first in Division I (11-0). The Titans, who’ve won 20 straight, will play in the county final against Woodlawn, Feb. 25 at Towson University’s SECU Arena.

New Town will get the opportunity to defend its league title, thanks to Mills, who added five rebounds and three steals Friday. The 6-foot-4 post/forward was efficient from outside, mid-range and inside, presenting a major challenge for Parkville defenders.

“Before I stepped out of bed this morning I knew it was gonna be a good day, and with my teammates and my coaches behind me, I knew that I was gonna have a field day,” said Mills, who recently received an offer from Fairmont State University in West Virginia.

It was 59-40 after three as New Town rattled the host Knights from the perimeter with six 3-pointers. Twan Carter and freshman Cam Sparrow each had two, and Mills and Kyree Johnson dropped a dagger.

“We knew the offense was going to come, so we always say defense first,” said Mills. “We know we got plenty of guys that can score, but not really everybody in the county can defend like us. We really put an emphasis on defense.”

“I know he’s the heartbeat of their team and I know when he gets going, they feed off of him,” said New Town second-year coach Derrick Wise. “We wanted to make sure that if we could keep him on the perimeter and stop him from getting in the lane or getting open shots, I thought that we could kind of get on the run and get easy points in the half court or transition.”

Junior Malik Scipio finished with a game-high 25 points for Parkville (17-3, 9-2 Division I), which missed an opportunity to create a three-way tie for first in Division I. Jordan Strickland had 16 points and nine rebounds.

“Overall, we came out strong ready to go. Lots of energy from the jump,” said Knights coach Josh Czerski, whose team’s seven-game winning streak was ended. “Unfortunately, that started to slow down as they (New Town) started to hit some shots. Guys that are usually our leading scorers started deferring to other guys, and just lacked energy, effort and that leadership that was needed… (New Town) just wanted it more tonight.”