Two of the greatest high school baseball players in Anne Arundel County history were about to embark on new positions before the Coronavirus closed state sports down, earlier this month. One is a new member of the Philadelphia Phillies organization, while the other has returned to his high school alma mater as an assistant baseball coach.

Dean Albany, a member of the Anne Arundel County Sports Hall of Fame after a sensational pitching career at nee Brooklyn Park High School and a long career as a professional baseball scout, as well as Steve Monson, a standout catcher/pitcher at Chesapeake-AA High School and a former minor leaguer turned amateur umpire, were suddenly sidelined like everyone else this spring.

Each is a former Arundel Sun Player of the Year and All-Metro selection in their senior years and both accomplished feats never done by an Anne Arundel County athletes. Albany graduated from Brooklyn Park in 1981, Monson from Chesapeake-AA in 1983.

Albany, the only Maryland high school pitcher to strikeout 19 batters twice in seven inning games, pitched Brooklyn Park to its only state baseball championship in 1980 in the Class B division as a junior. In his senior season, Albany, who was named the Arundel Sun County Athlete of the Year after also starring in basketball and soccer, fired three consecutive one-hitters in the playoffs before losing by 3-1 to Edgewood in the State final.

The 6-foot-4 right-hander won 16 games (9 senior year) including a 7-1 mark in the state post-season games, his last two years at Brooklyn Park. He signed for a baseball scholarship to the University of Alabama, but later turned it down and pitched at Indian River (Fla.) Junior College and signed with the Pittsburgh Pirates. He had a brief stint in the minors.

Monson staged arguably the greatest one-man performance in Anne Arundel history in May of 1983 when he near single-handedly dealt the crown jewel of AA County baseball, Arundel, a nine inning, 9-6, defeat in the Class AA (now 4A) East Region IV final at Arundel. An All-Metro and pro prospect as a catcher, Monson also pitched when he took off the mask and gear.

This day Monson no-hit the Wildcats through 7.2 innings and he would finish with a 3-hitter and 19 strikeouts. He belted a solo dinger in the top of the 8th for a 4-3 lead, but the Wildcats tied it back up at four. Monson wasn’t done and delivered a grand-slam in the 9th to seal the victory.

Chesapeake would advance to the State semis as Monson six-hit then 18-0 Eleanor Roosevelt, 4-1. Rain delays and next day postponements resulted in a very tired Monson as the Cougars dropped the state final by 7-3 to Dundalk.

After 20 years as a pro scout with the hometown Baltimore Orioles, the very popular Albany was let go as the new regime cleaned house. Within days of his exit from the “Orange and Black” last fall, Albany accepted a position with the National League Phillies. Several other pro clubs were interested in Albany, but “the Phillies were the best fit for me in many ways” he said.

“I just can’t imagine not having high school baseball at all and that’s the way it looks. Major League Baseball is hoping for a July free agent draft, maybe five to 10 rounds. That will hurt a lot of kids who would be later round picks (drafts usually go 30-40 rounds) and kids who don’t want to go to school (college) and want to sign and play pro ball.”

Albany pointed out that had there been 5 to 10 rounds several years ago, Old Mill’s lefty Josh Hader, who has emerged as one of the premier relievers in the big show with the Milwaukee Brewers, would not have been selected. Albany got the Orioles to pick Hader in the 19th round of the 2012 draft. Unfortunately for Anne Arundel County Oriole fans, the 6-foot-3, 185-pound flame throwing Hader was traded away in July of 2013 along with L.J. Hoes to the Houston Astros for Bud Norris as the O’s were hoping to make the playoffs.

As it turned out, the O’s did not make the post-season finishing, third in the American League East with an 85-77 record as Norris did not help much going 4-3 with a 4.80 ERA. Hader ended up in Milwaukee in 2017 as the Astros also erred on his potential and the former Old Mill Patriot, who was 11-0 his senior year and has posted 47 saves, has turned into a MLB star in the last two seasons.

“Had there been just 10 rounds, Josh would not have been picked, but could have been signed as a free agent after the draft,” said Albany. “I think because of what has happened, junior college baseball will be the benefactor. A lot of kids will enroll in JUCO schools and be eligible for the draft or sign as a free agent right away (prospects at 4-year Universities are not eligible for the draft until their junior year or earlier at age 21). 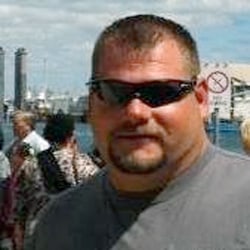 Former Chesapeake-AA star Steve Monson is back with the Cougars as an assistant baseball coach, waiting to see if there will be a season in 2020.

Monson signed with the Phillies as a free agent catcher in 1983 and took off for the Phillies’ rookie camp in Oregon. He later played in the Orioles’ farm system and then spent seven seasons in the Milwaukee chain, making the 40-man roster in his final year in 1992 just missing the big show.

In 2009 Monson met a former minor league colleague who was involved with Australian baseball and who talked him into going down under to do some coaching and umpiring. A couple years later Monson came home for good and is fundraising for high school athletics, working for AFLAC and is an Insurance agent. He resides in Baltimore County and was contacted by Chesapeake’s very successful baseball coach Ken King last fall.

“Mike Marsh decided to move on after being an assistant in our program for 14 years and I am pleased to announce that Steve (Monson) will replace him this year,” said King in early March before everything came down. “You know his background and I think he is going to be quite an asset for us.”

Monson had been working with the Chesapeake players when the edict to close schools and the high school sports programs was announced.

“We were on the field and messages were being relayed to us about the situation,” said Monson. “It was disappointing when we got the final word, but what can you do. I’m looking forward to next year because I doubt if we will be back to play.”