Baldwin, St. Frances get payback against No. 1 Poly (VIDEO HERE!) 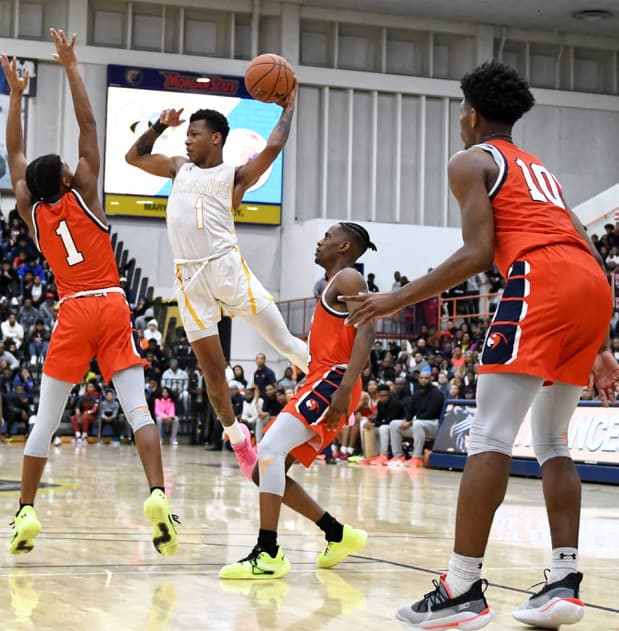 St. Frances’ Adrian Baldwin (1) looks to pass the ball between Poly’s Raymond English and Rahim Ali during Saturday’s boys basketball contest. Baldwin scored 11 of his 13 points in the second half as the third-ranked Panthers defeated No. 1 Poly, 57-53, in front of a sellout audience of 4,500 at Morgan State University’s Hill Field House. (photo – HoopHaven)

After being fouled late in regulation Saturday, Adrian Baldwin slowly walked to midcourt inside Hill Field House. Baldwin kneeled over as some of the sellout crowd, including two spectators who merrily ran down the sidelines, cheered loudly.

Baldwin, standing in the middle of Morgan State University’s bear emblem, put his head down.

“I was thinking about my dad,” said Baldwin afterwards in the Panthers’ locker room.

Baldwin’s father died last summer after a brief battle with cancer. His death, a nagging wrist injury and complacency were mentioned as factors by observers, who believed Baldwin’s play has tailed off this season for St. Frances Academy.

But the left-handed kid with the infectious smile known as “Ace,” always have a flair for the dramatic, and he came through again for the Panthers. No. 3 St. Frances defeated top-ranked Poly, 57-53, in front of a capacity crowd of 4,500 in Northeast Baltimore.

In a renewal of what has become the premier rivalry in Baltimore boys high school hoops, the reigning MIAA A Conference and Baltimore Catholic League champ Panthers slowed down the three-time reigning Class 3A state champ Engineers in the second half to avenge last year’s 59-58 loss at Towson University’s SECU Arena.

“Last year, we let the game slip away,” said Baldwin. “We weren’t playing hard on defense, getting after loose balls.”

The Panthers, who led by 11 points late in the third quarter, squandered a nine-point lead with five minutes left in regulation in last year’s contest. There was no letdown in the final minutes Saturday, thanks to West and Baldwin.

“We just executed,” said West, who will play for South Alabama next season. “It came to down free throws, layups, not putting the game in the refs or other team’s hands. It was defense and discipline.”

The Panthers, who switched to a 2-3 zoneds in the second half, didn’t allow a fourth quarter basket until two minutes remaining. St. Frances had a 46-40 advantage with four minutes to play after a West putback and Baldwin drained a mid-range jumper.

Baldwin, the reigning VSN Player of the Year and two-time reigning BCL Tournament Most Valuable Player, showed why he’s one of the best guards from Baltimore the last 20 years. The Virginia Commonwealth recruit scored nine points in the fourth, including a perfect six-of-six on free throws.

Baldwin said Friday after St. Frances’ win over Spalding, the Poly match was, “just another game.”

“It was a battle for the city,” said West. “Everybody on that floor for us had that dog in us.”

Poly, ranked No. 19 nationally by ESPN, enjoyed a 26-19 advantage late in the first half. St. Frances put together a 13-0 run, stretching from late in the second into close to the midway mark in the third, capped with Byron Ireland’s drive, for a 32-26 lead.

Ireland, a junior transfer from Annapolis, scored four points in the run and gave Baldwin a pretty bounce pass for a transition score. Senior guard Kyrie Staten had six, including the last two baskets in the first half, bringing the Panthers within 26-23.

The Engineers answered St. Frances’ salvo with a 12-2 run as Jahsiah Lamothe’s steal and layup put the Cold Spring Lane school up 38-34. Lamothe’s brother, freshman Jahnathan, dropped a three-pointer with eight seconds left in the third, regaining the lead for St. Frances.

“In the huddle I was telling them to step up because they’re great players,” said Baldwin, who opened the fourth with a three-point dagger. “The freshman (Lamothe) made a big three and Kyrie and Byron were aggressive.”

Baldwin made it 53-47 with two free throws with a minute left in regulation, but Brandon Murray, whose three-pointer sparked last year’s Poly comeback, brought the Engineers to 53-50 with a trifecta from the corner. West followed up Stanton’s miss off a breakaway to the basket, making it 55-50.

Rahim Ali’s three-point play pulled Poly to 55-53 with 28.4 seconds remaining. The Engineers senior point guard was whistled for his fifth and final foul, going with Baldwin down the court with 24 seconds left in regulation.

Baldwin completed his near perfect fourth quarter with two free throws. It was another clutch performance by the 5-foot-11 guard who hit a 3-pointer at the buzzer, giving St. Frances its second straight BCL Tournament title last year.

He had just two points at halftime Saturday.

“The first half I was down,” said Baldwin, who added eight assists and five rebounds. “My teammates and coaches picked up, told me to keep playing and I would be good.

“I don’t pay attention to what the outsiders say and do what I have to do win.”

It was the first area loss of the season Poly (14-2), which had its nine-game win streak snapped. The Engineers’ previous local defeat came at eventual city league champ and No. 1 Patterson last season.

“I thought they beat us to some loose balls. We weren’t able to get into an offensive rhythm,” said Brand. “They got some transition leak-outs and once we got back into it in the fourth quarter, the game was stagnated by free throws. It became a slow down game which didn’t work in our favor.”

“The progression of the rivalry has mirrored the progression of our program,” said Brand, who starred, and later coached at Morgan State before returning to his alma-mater 10 years ago. “Obviously, we wanted to win every game, but, of course, that wouldn’t be interesting.”

“It’s a testament to two young coaches just thinking outside the box and wanting to do something great for the city,” said Myles in his ninth season on East Chase Street. “Best public school, best private school. Sometimes guys don’t want to play, but me and Sam put our egos aside. Sometimes you win, sometimes you lose.”

And, for at least 365 days, St. Frances has bragging rights.

“At first everybody was against us,” said Baldwin. “Now, it’s our city.” 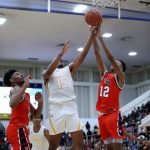 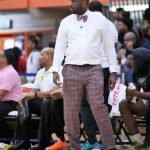 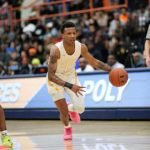 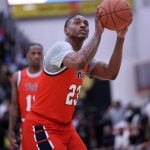 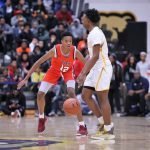 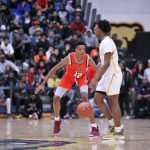 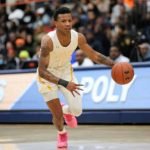 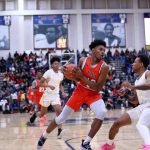 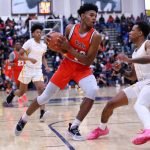 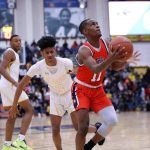 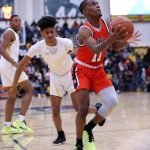 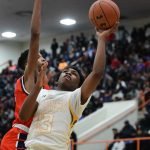 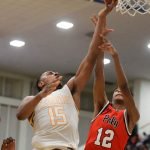 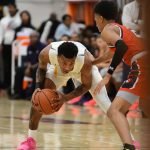 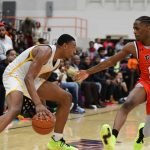 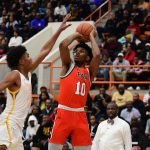 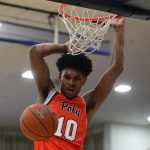 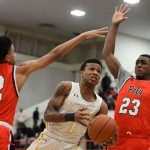 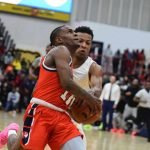 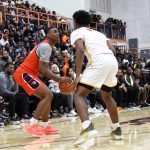 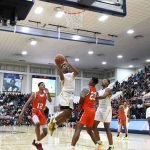 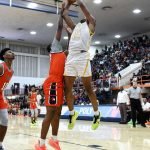 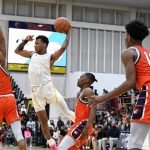 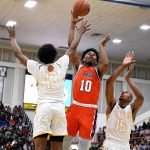 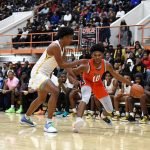 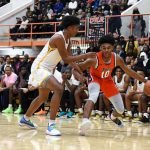 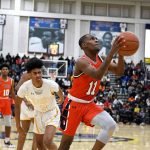 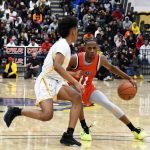 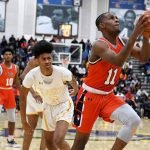