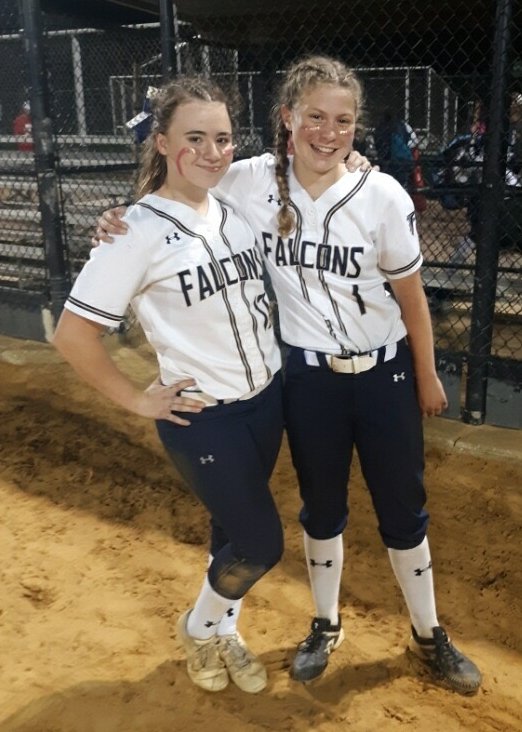 Down five runs early to South River, which beat them twice during regular season, Severna Park’s softball season looked to be on borrowed time. But, in a Cinderella-esque postseason run, the proverbial clock has not struck midnight for the Falcons.

Severna Park defeated No. 8 South River, 13-12, in nine innings in an epic Class 4A state semifinal contest at Bachman Park in Glen Burnie. Lillian Becker’s single in the top of the ninth, scoring Olivia Driver, was the winning run for the Falcons.

Despite giving up 11 runs and 12 hits, Christina Ballagh retired the side in the bottom of the ninth, completing one of the craziest state semifinal matches in recent memory, and sending the Anne Arundel County school to the University of Maryland Saturday evening. The Falcons will play Montgomery County’s Sherwood for the state title at 7:30 p.m.

Entering the postseason with a losing record, Severna Park (13-10 overall) is a win away from its first state title since 2018.

“This has been a heck of a season, going from losing to South River twice to sending them home to go to states,” said sophomore Addision Bianco, who finished the night 1-for-3 with two RBI.

Shortstop Ally Weaver was 3-of-4 with three runs, catcher Sally Trent was 3-for-5 with three RBI and left fielder Sarah Smith went 2-for-3 and had two runs for the Falcons, who lost 17-5 to South River in the team’s last meeting a few weeks ago.

“We sat down before we started the playoffs and we said, ‘There’s six games. You guys have to win six games, and we’re going to take them one at a time.’… the seniors have really been great leaders, and they’ve asked the girls to step up and help them do what they’ve kind of had a vision to do,” said Falcons coach Meredith McCallister. “Having leadership within the ranks is really, really helpful.”

South River struck first Wednesday, taking a 4-0 lead after the first inning. Gracelyn Solarz scored off a line-drive RBI single by CJ Harris in the bottom of the second, and the Seahawks were ahead 5-0.

The Seahawks appeared to be in positioned for a season sweep. Relying on a small-ball, Severna Park stormed back.

Starting with a RBI bunt single by Smith, the Robinson Road school answered with five runs in the top of third. Trailing 8-5, the Falcons got their first lead with another five-run inning, this time in the top of the sixth, for a 10-8 advantage.

South River, in its first state semifinal since 1994, came back. Courtney Little blasted a solo homer in the sixth, and tied the game in the bottom of the seventh to force extra innings.

Trent’s line drive brought Weaver in for a score in the top half of the eighth to put Severna Park ahead. Solarz answered with a RBI sacrifice fly for South River before the Falcons’ game-leading sequence in the ninth.

Ballagh closed the door in the bottom of the ninth.

“It was a really stressful situation so I just took it pitch by pitch and just tried to focus on hitting my spot and making sure that I did my job one pitch at a time,” said Ballagh, a freshman.

“If we hadn’t struggled that one inning with some bunt coverage and some other things… we definitely had all the momentum in the first two innings and then we kind of let them back in… If we hadn’t let them back in, maybe it’s a different ball game,” Seahawks coach Tim Williams said.

When I first took over 15 years ago, we were a much different program and it’s taken a while to continue to take the next step, and the next step… I’m definitely very proud of [my team] and their season.”

McAlister watched film of both South River games to help install a new plan for Wednesday’s rematch. McAllister, VSN’s Coach of the Year in 2018, has been calling pitches in the postseason.

“For us to be down five-nothing and just choose to fight, it really, really made a statement that we were there,” said McAllister, in her 15th season.

“We had one point when we were really down on our season, but we rose to the occasion,” said Bianco, “and now we’re off to states.”