Nerad drives in three as Edgewood softball wins a wild one 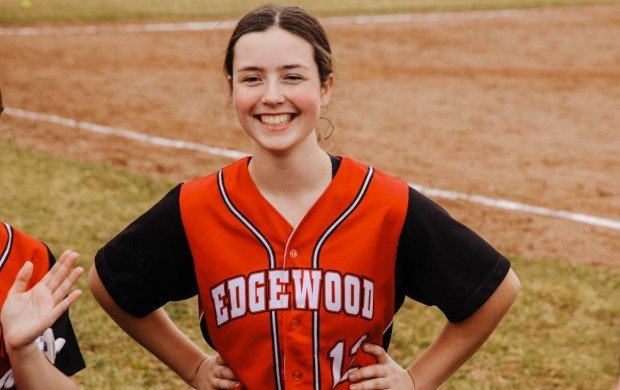 The Edgewood softball team jumped out to a 6-0 lead after two innings, Friday, but the Rams had to rally in the seventh and eighth innings before finally pulling out a wild 10-9 UCBAC 9-inning softball victory over Havre de Grave.

Havre de Grace scored a single run in the fifth, plated four runs in the sixth and took a 7-6 lead with two runs in the top of the seventh. Edgewood tied it in the home half of the seventh to force extra innings. Both teams scored twice in the seventh, before the Rams won it in the ninth.

Olivia Nerad was the hitting star, stroking two doubles and driving in three runs, including the game winner with her second double in the ninth. Juliet Sanchez also had two doubles and she drove in a run. Valeria Gutierrez had Edgewood’s fifth double and also had an RBI, while Sarah Beall and Miranda Badham also had one RBI each.

Pictured above: Olivia Nerad had a pair of doubles and three RBI, including the game-winner with a RBI double in the ninth.