NDP clinches No. 1 in VSN Field Hockey Top 20 with IAAM A crown 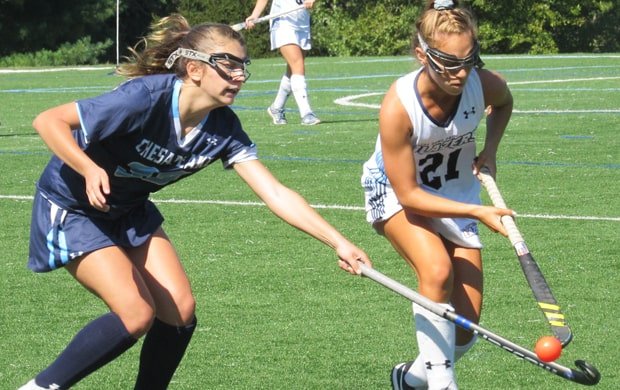 We’ve entered the final week of the 2018 field hockey season, with the IAAM championships complete; two state championship games locked into place, and two sets of state semifinals slated for Wednesday, as we look at the Week 9 VSN Field Hockey Top 20.

No. 1 Notre Dame Prep, which captured its second straight IAAM A crown has completed its season with a 20-1 record and will end up as No. 1 in our final poll as well. IAAM runner-up Garrison Forest is currently No. 2, while No. 3 C. Milton Wright and No. 4 South River will play for state crowns this Saturday in the 3A and 4A divisions, respectively. McDonogh School rounds out the Top 5.

No. 12 Liberty, which is in the 2A state semifinals on Wednesday, moved up three spots to No. 12. One of the Lions potential opponents, should they reach Saturday’s final is No. 13 Hereford, which also climbed three spots. Liberty will meet No. 7 Glenelg in the state semis and Hereford will battle Kent Island. One other squad moved up three slots and that is No. 15 Dulaney, which face South River in the 4A final.

Returning to the poll this week are No. 19 Patterson Mill, which will play in Wednesday’s 1A state semifinals, and No. 20 Mount de Sales, the IAAM B champion.

This week: Season Complete – 4A East Region Section I Finalists

This week: vs. Kent Island, 2A State Semifinals at Paint Branch, 11/7

This week: vs. No. 4 South River, 4A State Championship at Washington College, 11/10

This week: Season Complete – 2A East Region Section I Finalists

This Week: vs. Patuxent, 1A State Semifinals at Broadneck, 11/7