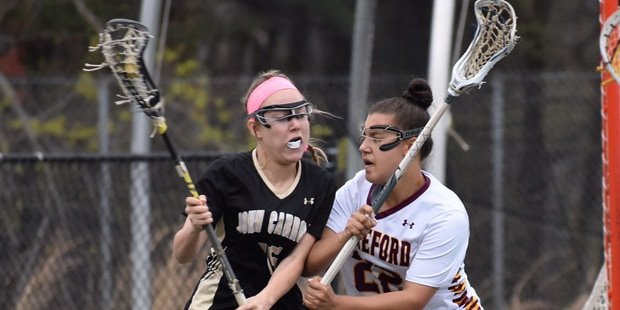 Twelfth-ranked Bulls dominate the draw and the Patriots, 15-9

Hereford’s Kylie Nause lit up No. 10 John Carroll for seven goals and the twelfth-ranked Bulls controlled the draws as they scored an impressive 15-9 win over the Patriots, in a Top 20 girls lacrosse match-up in Parkton on Tuesday.

Nause was a perfect 7-for-7 with her shots and she controlled two draws. The draw, however, was the primary domain of Isabella Peterson who won seven of them to go with four goals.

In addition, the Bulls got a pair of goals from Lindsey Clarke and one each from Katie Blair and Lily Cavallaro, while Abby May quarterbacked the offense with three assists, five ground balls and three draw controls. May also caused three turnovers on the defensive end and Lindsay Posney stopped 17 shots in goal.