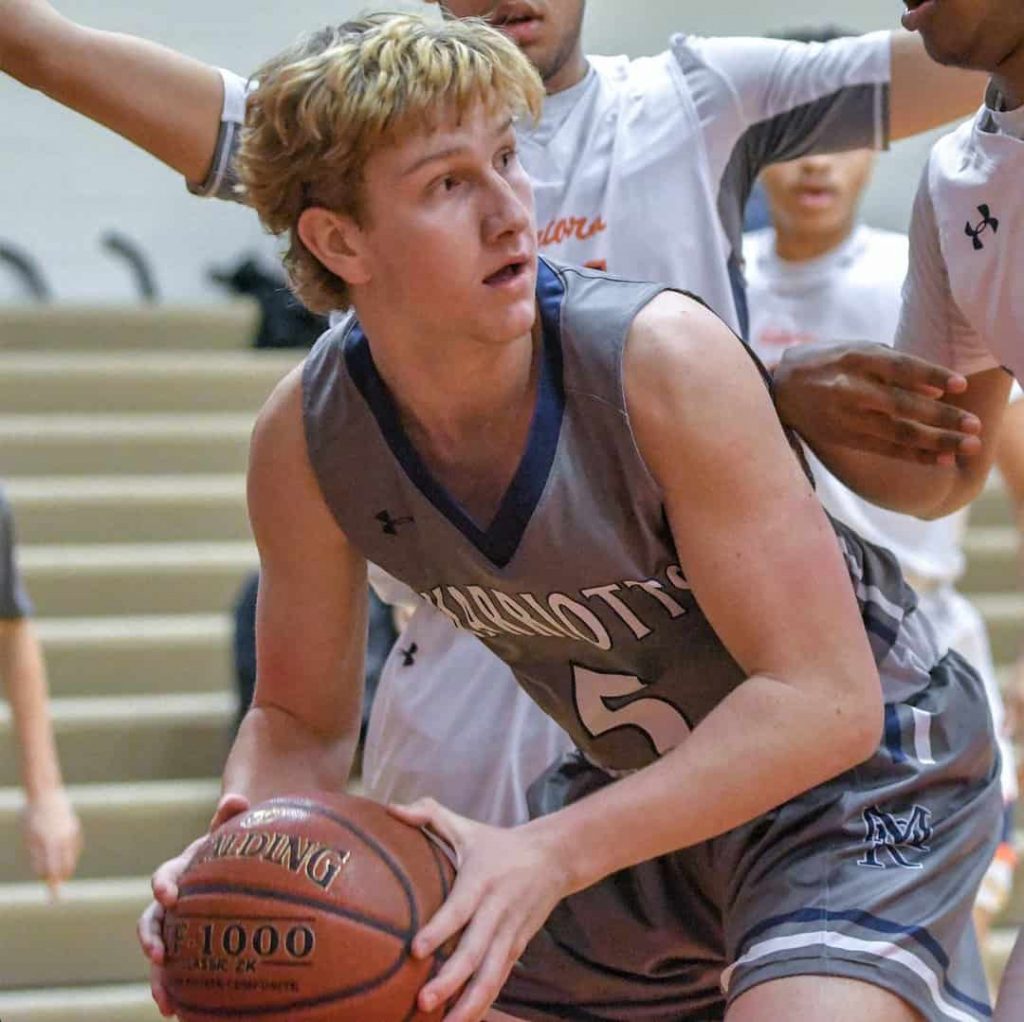 John Miller has been a major reason Marriotts Ridge is in position for the Howard County championship. The Mustangs enter this week’s VSN Boys Basketball Top 20 at No. 16.

After cooling off one of the area’s hottest teams, Marriotts Ridge High has garnered a spot in VSN’s Boys Basketball Top 20.

The Mustangs debut at No. 16 after defeating Howard County rival and then-No. 13 Reservoir last week, ending the Gators’ 11-game winning streak. The teams are tied for first (11-3) in Howard County entering the final week of the regular season.

Boys’ Latin and Franklin are back in the poll. The Indians, who’ve won eight straight since a loss to Baltimore County finals-bound Woodlawn, knocked off then-No. 19 Century last week. BL returns after winning three games to secure a spot in the MIAA A Conference playoffs.

The MIAA postseason starts Tuesday with first round in the A and B conferences. The semifinals are Thursday along with the C semifinal matches.

The championships will be Sunday Feb. 23 at Aberdeen Federal Credit Union Arena at Harford Community College.

Here is the entire VSN Boys’ Basketball Top 20 for week 11:

This week: Off; next game – vs. No. 4 Lake Clifton, Baltimore City final at Morgan State University, Feb. 25

This week: at Catonsville, Feb. 19

This week: Off; next game – Class 1A North Region Section I semifinals, March 3

This week: at Thomas Johnson, Feb. 18

This week: vs. No. 11 Archbishop Spalding, MIAA A Conference Tournament quarterfinal, Feb. 18

This week: Off; next game – at No. 11 John Carroll School, Baltimore Catholic League Tournament quarterfinals, Feb. 26

This week: at No. 9 Gilman School, MIAA A Conference Tournament quarterfinal, Feb. 18

This week: vs. Chesapeake-Anne Arundel, Feb. 19

This week: vs. No. 11 John Carroll School, MIAA A Conference Tournament quarterfinal, Feb. 18