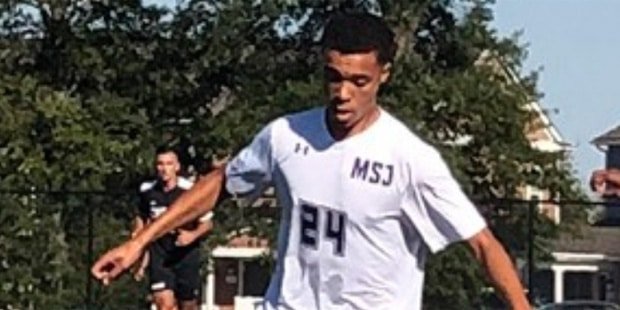 The Mount St. Joseph soccer team remained unbeaten in 2020 as the Gaels traveled to Blakefield, Tuesday, and survived a strong challenge from Loyola to prevail, 3-2, in overtime.

St. Joe (4-0), the only undefeated team in the Baltimore Catholic Soccer League, got the victory when Tyquan Stroud convert his second penalty kick goal of the afternoon in overtime. Miles Lam scored the goal for St. Joe.

After Mount Saint Joe went in front in the first half, Loyola’s (1-3) Dominic Caltabiano tied the contest with a beautifully placed ball, with an assist from Noah Patella. Trailing again, Kwaku Marfo-Sarbeng tied the game, 2-2, to force overtime on a beautiful combination play. Matias De Jesus slipped the pass through and Marfo-Sarbeng finished calmly to the near post.

The Dons (1-3) played most of the second half and OT down a man but were able to create a number of excellent goal scoring opportunities only to be thwarted by Mount Saint Joseph goalkeeper Joel Fenstermacher. Loyola’s Jordy Eckman finished with four saves and Fenstermacher finished with eight.

Pictured above: Mount St. Joseph’s Tyquant Stroud, who converted a pair of penalty kick goals to lift the Gaels to a 3-2 road win over Loyola.