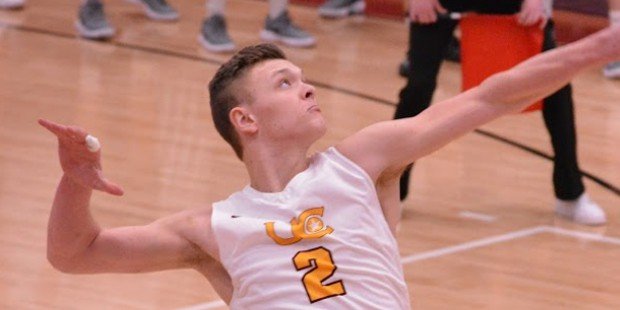 Because so few local athletic conferences offer boys volleyball, the sport often flies under the radar on the local landscape. This week, however, former Mount St. Joseph star Brandon Greenway has put a bright spotlight on the game, as he signed a to play professional for Volleyklubben Vestsjælland, a club located in Korsør, Demark.

Greenway, who graduated from the University of Charleston (WV) in 2019, where he had a sensational Division 1 career as an outside hitter. Greenway produced 346 kills in his college career, produced a .178 hitting percentage, recorded 194 assists, with 43 aces, 289 digs and 105 blocks. Before signing his professional deal, Greenway also traveled to Anaheim, California in 2019 for a try-out with the U.S. Olympic Team.

Greenway graduated from St. Joe in 2015 where he led the MIAA in assists as a senior.

“He was one of those guys that just kept getting better and better,” said MSJ athletic director Kraig Loovis of Greenway, who was recently inducted into the school’s athletic Hall of Fame.