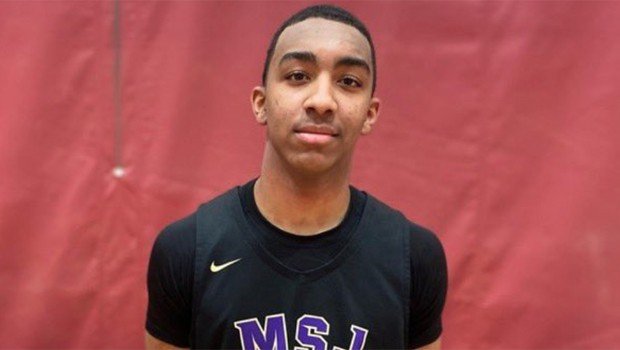 Aidan Mess also had a big night on the glass, grabbing 14 rebounds and blocking four shots.

Pictured above: Mount St. Joe’s Bryson Tucker, who had 16 points in the Gaels’ opening win.

The visiting Crusaders (0-2) edged out to a 14-11 lead after one quarter, but the Dons went on a 17-6 run in the second quarter to pull in front to stay. Loyola led 28-20 at the half and by as many as 15 points midway through the third quarter.

Senior Gavin Walsh scored 20 to lead the offense and and Owen Fischer finished with 18 points. The Dons also helped their cause by going 20-for-25 from the free throw line.

In an opening round game in the 30th annual Lions Classic at Broadfording Christian Academy (PA), Chapelgate Christian Academy moved to 2-1 on the young season with a 67-40 win over Highland View Academy of Hagerstown.

Chapelgate will face Frederick Christian on Tuesday evening in the championship game at 7:30 p.m.

Calvert Hall dominated from start to finish in its season-opening, 76-24, win over Gerstell Academy, Monday night at Calvert Hall. The Cardinals delivered new head coach Gary Neal his first victory in his debut with the Cardinals.