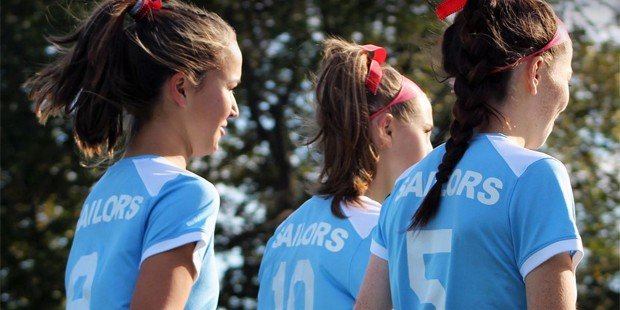 Marriotts Ridge climbs three spots to No. 13; not much movement in this week’s rankings, otherwise

Mount de Sales Academy and Severn School, two teams contending for the top spot in the IAAM B Conference, have combined for 15 wins thus far this season, including four last week, earning the two squads their first appearance in the 2019 VSN Girls Soccer Top 20 this week.

Otherwise, there was not much movement in this week’s poll, which is still led by No. 2 Archbishop Spalding. The remainder of the Top 5, includes No. 2 McDonogh, No. 3 Mercy, which is up one spot this week, No. 4 South River, which is down one position, and No. 5 Severna Park.

Of the teams remaining from last week’s poll, only one club moved up more than two spaces, and that was No. 13 Marriotts Ridge. The Mustangs jumped three spots from No. 16. Wilde Lake made the biggest move overall, falling five spots from No. 9 to No. 14.