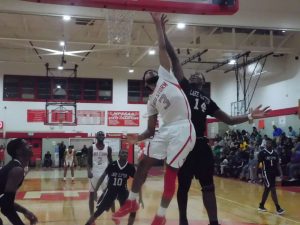 Edmondson’s Keith Bolden (3) and Lake Clifton’s Zevon Hughes battle for a rebound during Thursday’s key Baltimore City boys basketball match. The No. 9 Red Storm pulled away in the fourth quarter for a 73-67 win in West Baltimore.

Edmondson High wasn’t on the Baltimore City boys basketball championship radar at the beginning of the season. Now, the Red Storm are headed to Morgan State University.

The Athol Avenue school made a critical fourth quarter run before holding off a late Lake Clifton charge to clinch first in the A Division (7-0). The Red Storm will play No. 2 Patterson, the B Division’s first-place team, for the city title, Feb. 21 at Hill Field House at 7 p.m.

“I’m proud of them. They played their hearts out,” said Edmondson coach Darnell Dantzler. “They were diving for balls, rebounding, getting their hands on loose ball. They did the intangibles.”

“Defense won the game. Our defense was tough in the fourth quarter,” said Hocker. “We clamped down.”

Dreshawn Hodges’ 3-pointer brought the Lakers even at 56 with about 5 minutes, 15 seconds left in regulation. Tre’Shawn Lewis’ follow-up started a 10-0 run – featuring another Lewis basket and Nelson’s steal and layup – putting Edmondson up, 66-56, with 3:09 left to play.

The Red Storm led 70-62 after Smith’s basket with 1:02 to play, but Lake Clifton, thanks to Armon Harried’s 3-point play, got to 70-67 with 21.2 seconds left in regulation. Edmondson missed the front end of an one-and-one, and Michael Gray missed a 3-pointer for the Lakers.

Hocker got the defensive rebound and sent a pass downcourt to Keith Bolden, who converted the basket and was fouled with 10.5. Bolden completed the 3-point play.

Bolden said Edmondson stayed resolute, despite trailing 10 points in the opening half.

“At halftime, our coach got on our butts,” said Bolden. “We had to turn it up. We had to execute our plays. Our coach said we had to slow things down and get our shooting going.”

Lake Clifton (15-3, 6-1 A Division) had its perimeter game on point in the opening half, connecting on five 3-pointers to construct a 35-25 advantage late in the second quarter. The Lakers led 37-33 at halftime before Edmondson got its first lead of the match with 5:19 left in the third quarter on Nelson’s 3-pointer.

“It’s about adjustments,” said Dantzler. “The kids executed, shared the ball and we’re fortunate to come out the win.”

Armon Harried finished with 24 points for Lake Clifton (), and Gray added 22. While struggling to make shots in the second half, the Lakers also had difficulty with Edmondson’s length in 6-foot-7 Hocker and 6-5 junior Barry Jones.

“We didn’t execute and that’s on me. I didn’t put them in the right position to make plays,” said Lake Clifton coach Herman Harried. “Edmondson made the plays. They played with energy and fire.”

Unranked in the area’s preseason polls, Edmondson used it as a source of motivation. Dantzler, who guided Edmondson to the 2010 Division I city title, was confident back in the summer the Red Storm would be competitive. 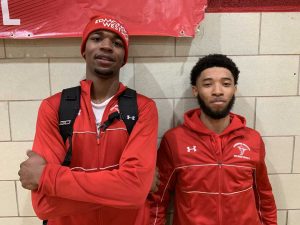 “I saw how they were jelling and told them just be humbled,” said Dantzler. “We just play one game at a time. We’re not worried about the rankings, city championship or state championship, we just wanted to improve game after game.” 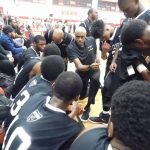 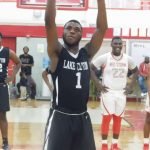 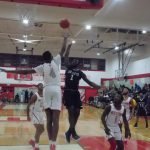 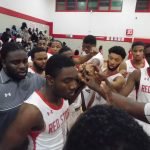 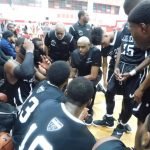 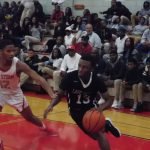 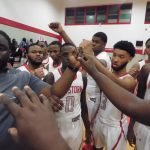 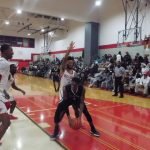 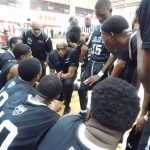 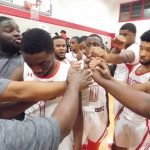 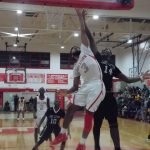 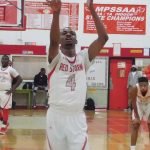 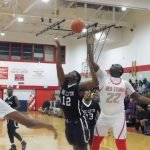