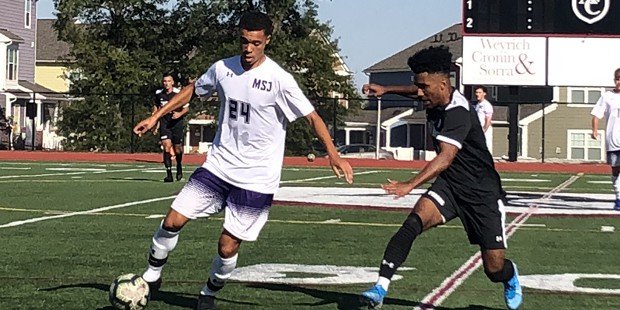 After jointly postponing the start of their fall athletic seasons in August and extending that postponement in early September, the Maryland Interscholastic Athletic Association (MIAA) and Interscholastic Athletic Association of Maryland (IAAM) have given the green light to an “Open Season” for their member schools to hold fall sports athletic competitions, effective immediately.

In a joint statement issued on Monday, the conferences stated that the decision was made on Friday during a joint meeting of the Board of Governors of both conferences. The statement reads as follows:

After much deliberation, the MIAA and IAAM have supported a return to play opportunity for fall sport student-athletes at all Member Schools. With the majority of our Member Schools welcoming students back onto campuses, the Boards of Governors from both leagues met and proposed two alternatives for consideration. A vote was taken on Friday by school leadership from both leagues and an “Open Season” approach resulted. Under this approach, the leagues will not provide official league schedules but will provide member schools the opportunity to create student-athlete involvement and competition within the comfort level determined by each school. The type and amount of activities made available will be at the discretion of each school.

This pandemic has caused consternation across the board for all schools both academically and athletically. The shared focus of the MIAA and IAAM always has been and will remain, to find ways to return student-athletes to the courts and fields of play and to support healthy competition in a safe manner. It is our hope that this decision will provide that opportunity under these very trying circumstances.

This decision leaves each school autonomous over if, when and how often it will allow its athletic teams to return to competition. As indicated in the statement, the leagues will not issue schedules, hold post-season competitions nor crown champions.

Since the original postponement of the Fall season in August, both conferences have considered multiple plans to get its Fall athletic teams back to competition. Some of those plans included start dates in October, November and even in February, slotted between the Winter and Spring seasons. When it became clear that no consensus could be reached last week, the decision to allow the open season was made.

It is not clear yet who will play what sports, and how soon, but athletic departments interested in taking advantage of the opportunity are scrambling to put together schedules. It is also believed that some schools will pass on the opportunity all together. When the first competition takes place, the MIAA and IAAM teams will be the first in the Baltimore area, with the exception of the soccer being played in the Maryland Association of Christian Schools (MACS), to take the field this fall. Last month, the state of Maryland cleared public schools to begin fall practice on Oct. 7 and return to competition on Oct. 27, at the discretion of the governing bodies of each school district. Thus far, however, only three Western Maryland counties — Allegany, Garrett and Washington — have approved their school districts to return to play in the Fall. Most have opted to continue to postpone all athletics until the second semester, which begins in February of 2021.

Although the coming season will not be normal in any sense, some tradition rich games, most notably the Turkey Bowl and the Rief Cup, may still come together. It is also not yet known what policies the various schools will set in terms of the number of fans allowed to attend the contests and what protocols will be put in place to protect the athletes, coaches, officials and fans.