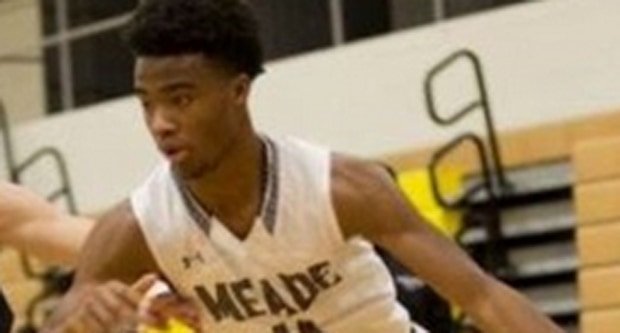 The Mustangs, who now have won six straight games, improved to 3-1 in Anne Arundel County.

In addition, Tre Dunn scored 10 points and gathered nine rebounds, junior Nick Haylock added 11 points and seven rebounds and sophomore TJ Speight scored 10 points to lead the Mustangs to their 6th straight win. Meade improves to 8-2 on the season and 3-1 in league play.

Pictured above: Mahzi Thames poured in 37 points on Friday to lead Meade to its sixth straight win.