McDonogh’s Billups lights up MSJ for 33 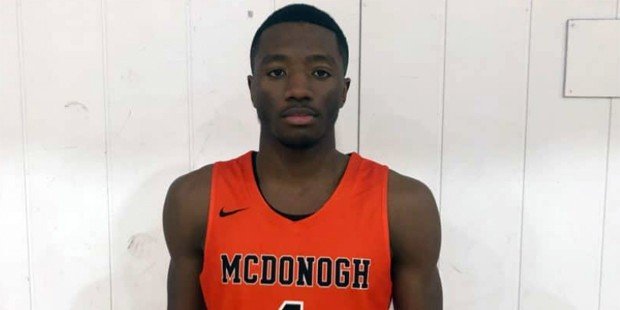 No. 6 Eagles knock off third-ranked Gaels in Owings Mills

Despite a couple of early season losses, the word on this year’s McDonogh boys basketball team is that it was poised to make some noise at the top of the MIAA A Conference.
Monday, the 6th-ranked Eagles made a lot of noise.
Hosting No. Mount St. Joseph, which is always in the MIAA championship conversation, the Eagles dominated in the middle quarters as the defeated the Gaels, 69-60.
McDonogh (5-3 overall, 2-0 MIAA A) trailed by three after one quarter, but outscored the Gaels 20-10 in the second quarter and then 20-6 in the third to build a 51-30 lead. St. Joe closed strong, outscoring the Eagles 30-18 in the fourth quarter, but they still came up nine points short.
McDonogh’s Jared Billups was virtually unstoppable as he scored a game-high 33 points. Billups 8-for-15 from the floor and went 5-of-6 from beyond the three point line. He also added a team-high seven rebounds and dished out four assists. Everette Cooper added 15 points, four rebounds and five assists for the Eagles.
St. Joe (4-2 overall, 1-1 MIAA A) had four players scored in double figures with Tyler Brelsford leading the way with 16 points. D’Angelo Stines needed 14 points, Cam Sapienza scored 12 and Sean Carr added 10 points.
Pictured above: Jared Billups scored 33 points to lead McDonogh to a 69-60 home win over No. 3 Mount St. Joseph.