McDonogh returns to No. 1 in VSN Girls Soccer Top 20 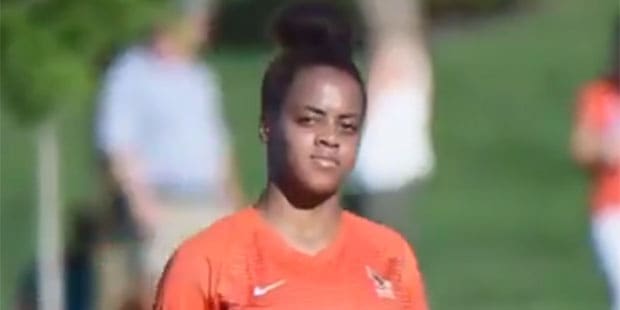 Nationally ranked Eagles make the leap with a pay-back win over Spalding; Hereford returns to the poll

The IAAM A Conference boasts three nationally ranked girls soccer powers in McDonogh, Archbishop Spalding and Mercy and all three have resided at the top of VSN Girls Soccer Top 20 most of the season.

McDonogh opened the season as VSN’s No. 1, but surrendered that spot to Spalding, in late September, with a loss to Mercy. The Eagles have not lost since, however, and with their 1-0 win over the Cavaliers last week, McDonogh is once again at the top of the rankings heading into the post-season.

Spalding and Mercy still remain at the top, at No. 2 and No. 3, respectively. Those three will battle it out this week for the IAAM A crown.

South River and Century also remain in the Top 5, at No. 4 and No. 5, respectively.

The rest of the poll saw little change, but Hereford did regain a spot in the rankings after several weeks away. The Bulls who will play No. 8 Towson in the 3A North Region I final, on Tuesday, are in at No. 18.

This Week: vs. Roland Park Country, IAAM A Quarterfinals, Oct. 29

This week: vs. John Carroll, IAAM A Quarterfinals, Oct. 29

This week: at No. 9 River Hill, 3A East Region II Final

This week: vs. Old Mill, 4A East Region I Final