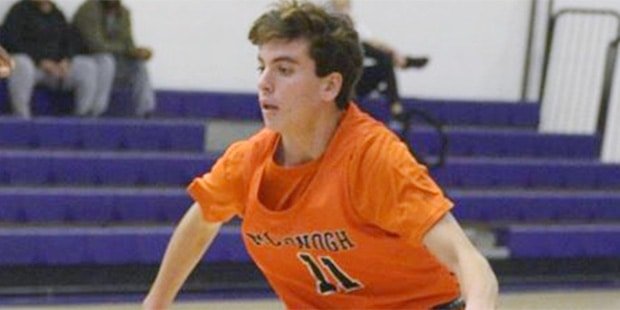 Looking for its first win of the season, the McDonogh School boys basketball team set the tone on the defensive side of the court, Saturday on the road in Laurel. The Eagles limited host St. Vincent Pallotti to just three points in the opening quarter and only six in the fourth to take a defensive struggle, 41-34.

Although no Eagle scored in double figures there was great balance on the stat sheet. Dylan Asher led the way with nine points, while Preston Howard and Dani Dennis Sutton netted eight points each and Mathani Paul Swimson and Jared Billups combined for 11.

Pictured above: McDonogh point guard Dylan Asher led the way for the Eagles in their win over St. Vincent Pallotti (1-1) on Saturday.