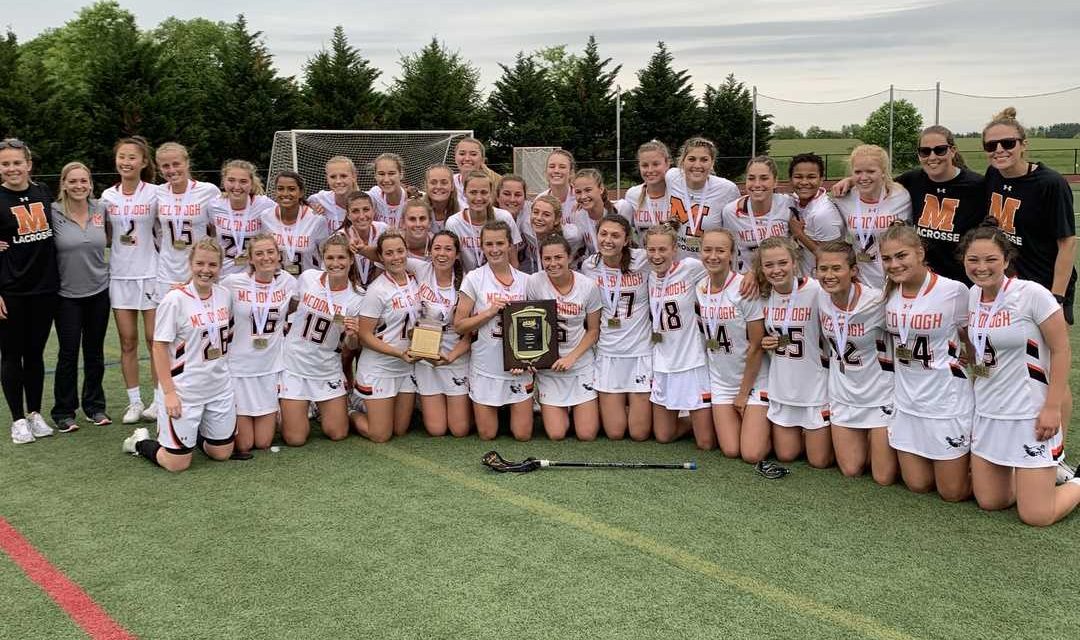 It was a return to glory for McDonogh School in 2019 as the Eagles are No. 1 in the final VSN Girls Lacrosse Top 20 poll of the spring.

The undefeated Eagles (21-0), who lost the IAAM A Conference title last season, spent the entire season in the top spot. The Owings Mills school powerhouse won its 10 IAAM A championships in 11 seasons, and will be mythical national champions for the 10th time in 11 seasons when the final national polls are released next month.

Another area dynasty, Severna Park, won the Class 4A state title last week for its 14th crown. The Falcons are No. 2, followed by upstart South Carroll.

The Cavaliers from Carroll County won its first state championship, edging Hereford in overtime for the 2A crown. South Carroll moves 1o spots to No. 3 in the final poll.

Hereford, which ended Glenelg’s run of three straight titles before suffering its only loss of the spring in the 2A final, is 4th, with Glenelg rounding out the Top 5. Howard County champ Marriotts Ridge, IAAM A finalist St. Paul’s School, IAAM A semifinalists Archbishop Spalding and Glenelg Country School, and 4A East Region finalist Broadneck makes up the second 5.

After winning its second straight 3A state crown, Westminster is up to 14th. Patterson Mill, which repeated as 1A state champs, shares the No. 20 spot in the final poll.

Pictured above: McDonogh School was in a class of its own in 2019, winning a 10th IAAM A Conference championship in 11 seasons. The Eagles are No. 1 in the final VSN Girls Lacrosse Top 20.

Last week: The Falcons defeated No. 18 Dulaney, 10-5, in the Class 4A state final at Paint Branch.

Last week: The Cavaliers defeated then-No. 3 Hereford, 10-9, in the Class 2A state final at Paint Branch.

Last week: The Mustangs lost to then-No. 15 Westminster, 12-5, in the Class 3A state final at Paint Branch.

Last week: The Huskies defeated Loch Raven, 20-5, in the Class 1A state final at Paint Branch.